‘What is Asian?’ panel discusses distinctions between cultures, identities 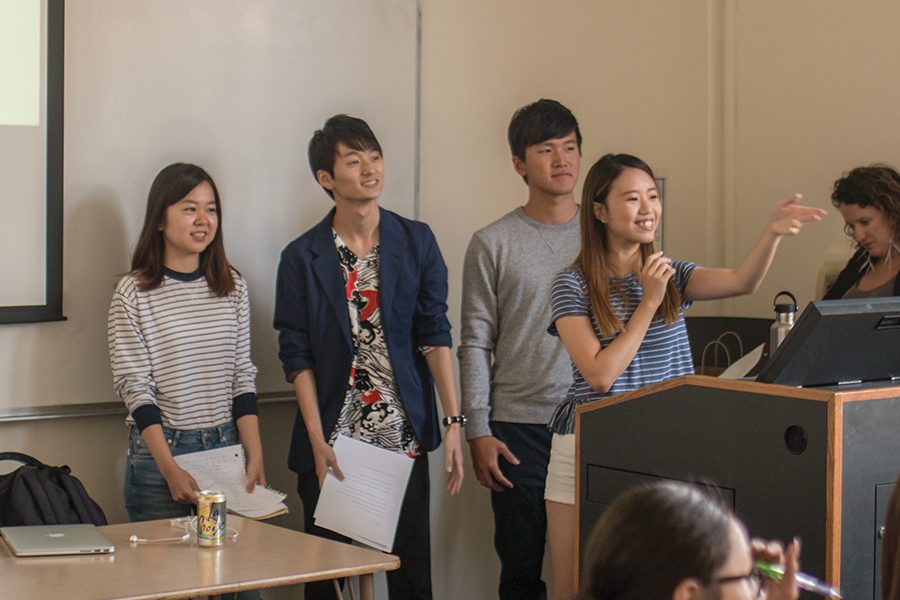 Four exchange students from various Asian countries spoke to San Diego State students and local high schoolers Nov. 14 about how they are identified in the U.S. and the distinction between their cultures.

The International Student Center hosted the panel event in Hepner Hall for SDSU’s International Education Week. They partnered with students from the College of Professional Studies and Fine Arts’ “Adaption to U.S. Culture” class for the presentation.

Each student spoke about cultural characteristics and differences between their home countries. They also discussed their thoughts on Americans’ understanding of Asian identities.

“People think all Asian students are good at math, like to study, look very young and only like to eat raw food,” Lam said, “This is not always true.”

She said it’s important to know that people from different Asian cultures learn in their own way and have various preferences because their countries are all individually unique.

Economics junior Minami Takashima said her identity and behaviors are changing through U.S. culture and her new environment. Takashima, who is from Japan, talked about her identity transformation from when she first arrived in San Diego three months ago, to now.

“Back home I feel like a regular student,” she said. “Here, people always ask me about my country, and now I feel more like a representative of Japan than a college student.”

She also discussed the subject of racial identity in the U.S., and said Americans often have trouble distinguishing which country Asian students come from.

“Some students think of us as only Asian, but we want to say that each of us are Asian AND also from different countries, not just one,” said Hirotaka Kaneyuki, an economics junior from Japan.

Lam also said many Americans assume Asian foreign exchange students are Chinese, which is not the case. She said she hopes students will be more culturally aware of the large number of Asian countries and not make such assumptions.

The students spoke about different elements of their home countries, including their political system, education, lifestyle, religion and common taboos. Their goal was to expand the audience’s knowledge of multiple Asian cultures and expose them to their worlds, said Josh Hsien Yang, business administration graduate student from Taiwan.

“We hope they learned about how our cultural backgrounds have an impact on our own identities,” Yang said.

International Education Week staff volunteer Erica Panado said she enjoyed the talk and thought the student speakers had a well-rounded, informative and unbiased presentation. She said she thinks it’s a fantastic idea to involve international students for campus-wide events.

“It’s important to recognize and celebrate the beauty of cultural diversity that exists on our campus and in the world around us,” Panado said.