‘The Shape of Water’ adds elements of magic to film 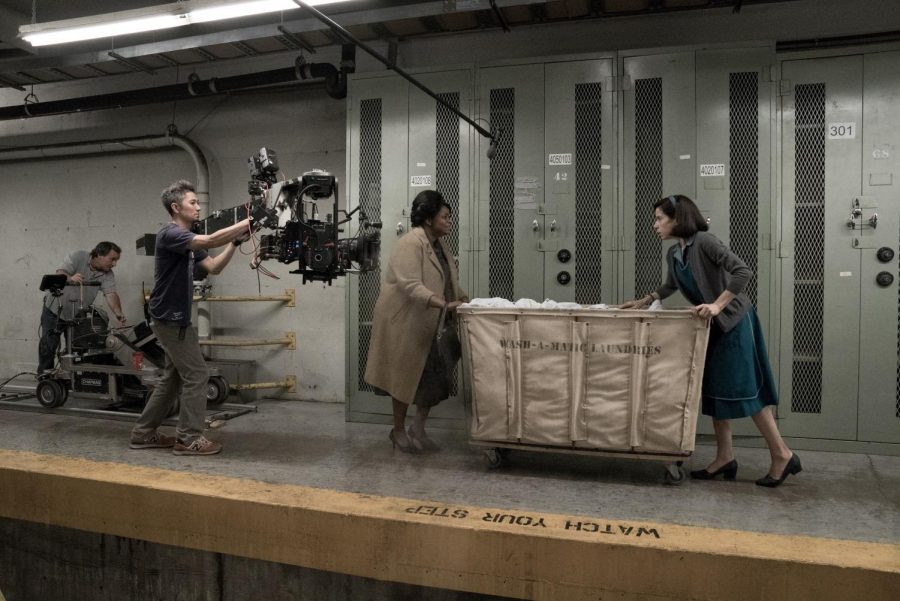 Actors Octavia Spencer and Sally Hawkins seen on the set of "The Shape of Water."

In 1962 the societal climate in America began to change. The rise of television was causing the decline of the cinematic industry. The Cold War and great Space Race between America and the Soviet Union were prominent affairs. The Civil Rights Movement was in mid-swing and many Americans wrestled with issues of identity, homophobia and changing political and ideological landscapes.

Director and writer Guillermo del Toro manages to use these elements to tell a love story rooted in magical realism in Fox’s upcoming film “The Shape of Water.”

“Sixty-two for me, of course, is time of the Cold War and the Space Race but, it is also the last fairytale time in America,” del Toro said. “It’s a time when America kind of dreams itself into what we conceive as the modern America.”

Del Toro continued to speak about how the movie makes note of issues experienced in the modern world but offers the notion of how if the story were set in modern times, it would be become too topical of today’s news.

“If I were to say, ‘once upon a time in 1962,’ it becomes a fairytale for troubled times,” Del Toro said. “People can lower their guard a little more and listen to the story and listen to the characters talk about the issues rather than the circumstances of the issues.”

The cast of the film includes big names such as Sally Hawkins, Michael Shannon, Richard Jenkins, Octavia Spencer, Michael Stuhlbarg and Doug Jones. “The Shape of Water” tells the story of a mute woman who finds an ally and love interest in an amphibious-man-creature being held in a top-secret government facility.

Del Toro and writer Vanessa Tailor wrote a story filled with memorable lines and inside jokes that centered around characters that lack the ability to verbally speak.

“I wanted characters that were able to communicate to the audience their emotions and love through looks, touch, body language and essence,” del Toro said. “It’s impossible to talk about love but, you can think about it.”

Del Toro said it was important that these two characters share a bond of silence. This is a bond which allows them to see each other as the whole beings that they are, instead of the incomplete roles they take on for the other characters in the film.

He said he knew Hawkins’ ability to act through listening would be key to the role she would be playing. He also said in his time working with Doug Jones, who also played in past del Toro films such as the “Hell Boy” series and “Pan’s labyrinth,” he has seen him grow so much as an actor. Del Toro knew he would be able to stand his ground with any actor put in front of him.

This becomes evident when del Toro reveals that there is a running theme throughout the movie within all the characters—dealing with isolation and communication.

Other characters brought to life by the cast like Shannon and Spencer have big personalities and the ability to speak. They utter lines in the film like “I don’t fail, I deliver,” and “Oh woman, we gone burn in hell,” yet they are communicating less through their own story arcs than that of Liza and the creature played by Hawkins and Jones.

There is wide variety of communication techniques used in the film. The use of unique camera angles and rhythmic story telling tools help to convey what life for these characters is like. Del Toro brings his almost trademark use of magical realism to help push the story in a fun and whimsical way.

The use of old camera tricks like “dry for wet,” where items in a room are suspended from cables on the ceiling and blown by fans to give the appearance of being submerged in water, add to the film’s aesthetic.

The film has been well received by critics, earning a 98 percent score on Rotten Tomatoes.

With many fan theories of possible links to previous del Toro movies, audiences will have a chance to judge for themselves when “The Shape of Water” hits theaters Dec. 8.