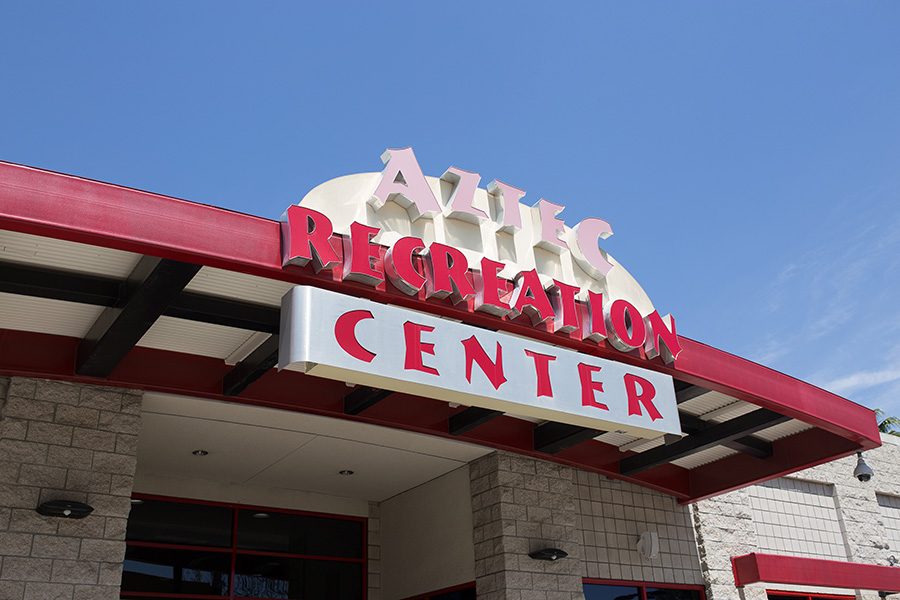 Family and friends can download the Bindle app to enter Mega Events at Viejas Arena.

A student referendum to nearly double the size of the Aztec Recreation Center using an increase in student fees will move forward.

The expansion would be funded by a $195-per-semester student fee.

Thomas said the fee will be covered by financial aid, and students will not begin to pay it until the expansion is complete, which is projected to be Fall 2021.

The A.S. Board of Directors will review the referendum on Monday, Dec. 11. It will then be sent to the Campus Fee Advisory Committee for approval.

Before the vote, the Campus Life Council discussed student concerns about the expansion and the possible impact it may have on future students.

Kyla Blaylock, Aztec Student Union Board representative, said many students told her they believe other issues, such as student homelessness and hunger, should receive more attention over a potential expansion of the ARC.

“I feel like there are other priorities that we could take on before we go ahead with a gym,” she said.

Josh Miller, an A.S. Board of Directors member, said that while he believes those issues are important, an ARC expansion would have a definite positive impact on the student body. He compared it to the construction of the Conrad Prebys Aztec Student Union, which opened in 2014 and was also paid for with fee increases.

“I’ve seen this building bring a lot of joy to people and become a new home for people,” he said. “I feel like the ARC (expansion) can be somewhat similar.”

Blaylock also said she was concerned that currents students were voting on a referendum that will affect future students, but not themselves.

But A.S. Executive Director Christina Brown said it’s been common practice throughout the university’s history to hold referendums like this.

“You all take it very seriously,” she said. “Students realize, typically, that they are voting for what they think is good for future students to pay it forward.”

Chris Thomas, A.S. vice president of university affairs, said it is important for A.S. to turn the vote over to the student body to accurately gauge their opinion on the expansion. Thomas also said that A.S. will solicit a “no-vote” campaign for the referendum.

However, A.S. Board of Directors member Brie Hornig and Student Diversity Commissioner Chloe Sabio said they were concerned a campus-wide referendum may not accurately gauge student opinion because not all students vote. Hornig said many of the students who do not vote are lower-income or commuter students who may not consider voting on a referendum their top priority.

“It’s really important to realize that there are people who don’t have the opportunity to be heard,” Sabio said. “My biggest concern is that when the vote does happen that it’ll be those same people who won’t have that opportunity.”

Thomas said that A.S. representatives will be visiting classrooms to reach and inform a broad range of students.

“The number of voters has increased over the past 4-5 years,” he said. “I think if we continue to do this communication plan and continue to make an impact on this campus, we will see an even bigger turnout for this vote.”