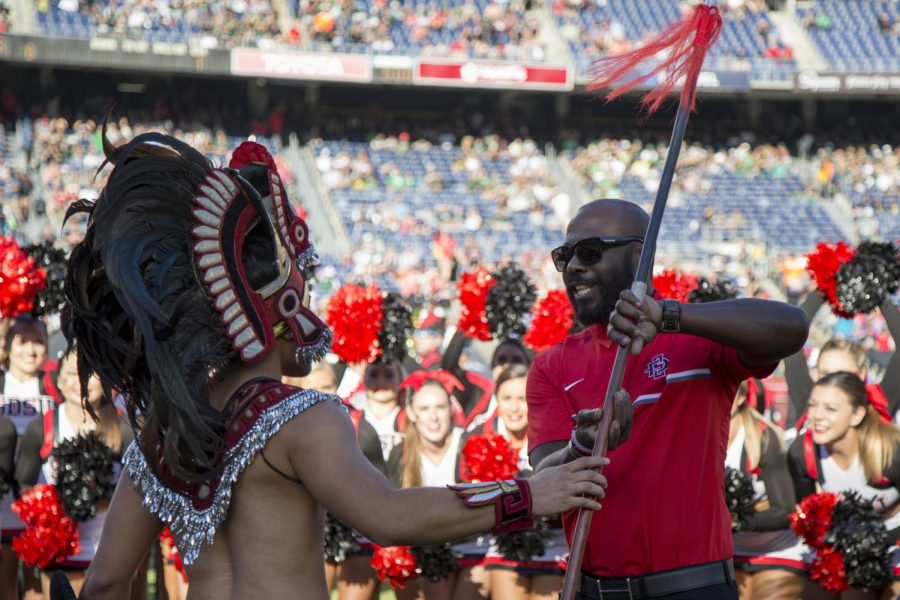 Marshall Faulk is honored before an SDSU football game vs. Hawaii in the 2016 season.

Faulk was one of four employees suspended by the network after allegations of sexual assault and harassment from Jami Cantor, a former wardrobe stylist who was fired by the company, as first reported by Bloomberg News.

Cantor’s allegations – which claim that Faulk groped her, asked her invasive questions about her sex life and, on one occasion, pulled out his genitals and pinned her to a wall while demanding oral sex – were submitted as part of an amended complaint in a lawsuit against NFL Enterprises, which owns the network.

The lawsuit also claims defamation, discrimination based on age and gender and wrongful termination, among 11 allegations.

Faulk has worked at NFL Network as an analyst and as a part of its main Gameday lineup for the past five seasons.

These allegations of misconduct are the latest in a string of accusations of sexual harassment against public male figures, including Harvey Weinstein, Matt Lauer and Roy Moore.

Faulk was inducted into the College Football Hall of Fame last weekend and was honored at halftime of the Aztecs’ 31-14 loss to Boise State on Oct. 14.

SDSU football head coach Rocky Long, who was with Faulk in New York City for the induction ceremony last week, said he saw the report but had no further comments.

Faulk finished in the top 10 in the Heisman Trophy voting in each of his three seasons. He was the only SDSU player to finish in the top five of the voting until senior running back Rashaad Penny finished fifth this season.

He was inducted into the Pro Football Hall of Fame in 2012 after a 12-year career in the NFL.