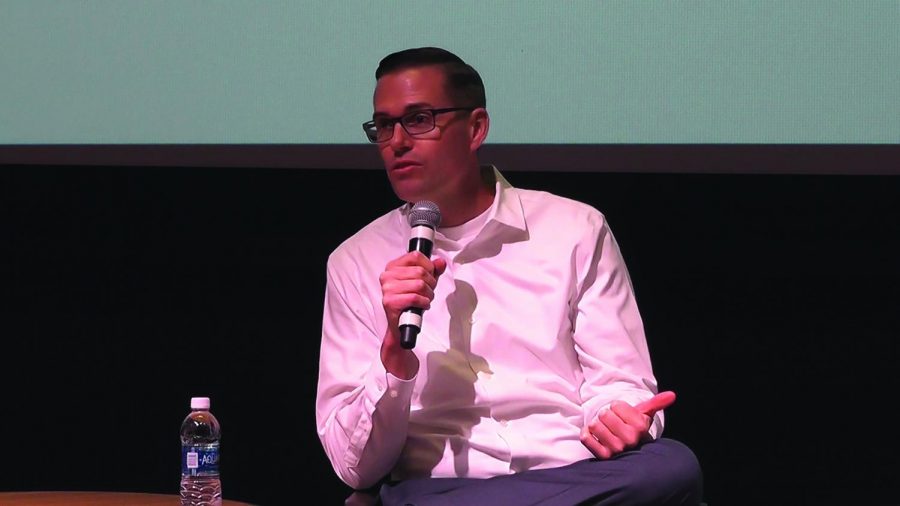 A residential assistant reported at the event that a police officer allegedly behaved inappropriately toward students on at least two occasions.

“In the four months that I’ve been an R.A., I’ve had an officer catcall a resident walking by, brush off sexual assault accusations in front of a resident and overall just put their personal opinions of what may or may not have happened to a resident, above the resident’s safety,” said Julia Moluf, an R.A. in Tenochca residence hall.

She said on one occasion, she and another R.A. were walking with an officer when he made an “inappropriate comment” toward a student.

“It just caught me off-guard and both the RA and I just looked at each other,” Moluf said. “We didn’t feel like we were in the position to say anything to the officer so I reported it to my boss right the day after.”

Moluf said there was never any follow-up on the problem.

The comment may not have been intentionally malicious in her view, but it still shouldn’t have happened, Moluf said.

“I think regardless of what anyone is wearing or doing, no one deserves to be treated that way, particularly from a university police officer,” she said after the forum.

Mays said he was unaware of these incidents, but said it was inconsistent with his expectations for the police department.

“These are very clear directions and a philosophy for our officers to follow,” Mays said. “We have a 918-page policy and procedure manual that includes pretty much every scenario that can unfold as dictated by policy. The officers know what level of standard they’re held to.”

He told Moluf to report any inappropriate behavior she witnesses both directly to himself and to her superiors.

SDSU Title IX Coordinator Jessica Rentto said situations like those reported by Moluf can also be reported to her department.

“(Chief Mays) has been a good partner with myself and my deputy Title IX coordinators in trying to change the culture across campus relating to sexual harassment, sexual assault and sexual violence,” Rentto said. “To the extent that any of you ever issues with faculty, staff or other students, relating to (any) types of unwanted discrimination or harassment, bring it to our attention so that we can address it.”

Moluf said she thinks the safety forum was a step in the right direction.

“There was a lot that I got from today and a lot of positive feedback that I will be sharing with my fellow R.A.s.,” she said. “It’s definitely just the beginning and I think I have a lot more work to do.”