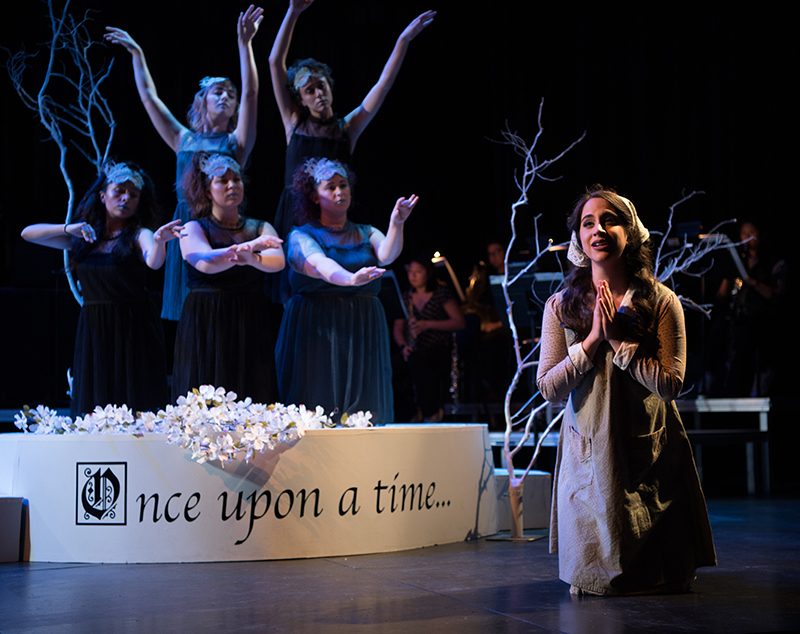 Members of the San Diego State Opera perform in the 2017 production of "Cendrillon" by Jules Massenet, directed by Paula Kalustian.

The search for the candidate will begin this summer.

Edward Wilensky, the director of media relations at the San Diego Opera, said the motivation behind creating this position stems from the Opera’s desire to obtain a year-round director that has the ability to attract and retain world class talent.

The selected candidate will serve as a professional connection that will solidify the relationship between the two organizations.

“Creating a shared leadership role between the two organizations produces a year-round position that we believe will attract and keep the best of the best in our fine city,” Wilensky said.

Not only will the elected candidate direct and supervise SDSU’s entire fall opera production and assist with the opera workshop in the spring, but will also serve as the San Diego Opera’s assistant director as well.

The faculty member will be working closely and frequently with students in the School of Music and Dance.

The chosen candidate will be entirely responsible for carrying out day-to-day tasks at both SDSU and the San Diego Opera.

“San Diego Opera operates on a split schedule,” Wilensky said. “We operate from October to November and then again from January to April or May.”

As a result of SDSU’s annual fall opera production, the School of Music and Dance has a rigorous fall semester with a slower spring semester. With each organization operating on its own schedule, the selected candidate may find it more manageable to juggle the responsibilities.

As assistant director for the San Diego Opera, the elected candidate will assist visiting directors in staging the operas and work significantly closely with choristers during their evening rehearsals.

Wilenksy said that the assistant director also helps to block large groups of people in order to allow individual singers the chance to work one-on-one with the director during staging.

“This is an excellent chance to work with some of the greatest directors in the world,” he said.

The elected candidate’s day-to-day responsibilities at SDSU will vary slightly from the Opera’s.

The elected candidate will have the chance to produce, teach and direct music students during acting classes, scenes programs, and stage movement.

“We have a good relationship with SDSU and we hope this position will strengthen and even further our collaborative partnership,” Wilenksy said. “Many of our stars offer masterclasses at SDSU for the vocal students, and students often attend rehearsals as part of their education.”

“The shared Opera position is really going to open up new opportunities for vocal performance artists at the university,” music education with an emphasis in vocal studies sophomore Sophi Gonzalez said. “Not only will the role attract a more permanent faculty member, but there will be someone who is actively participating in an industry job. This will provide valuable insight for performers into the world they are about to enter into as professionals when they graduate.”

The shared director of opera position opened on January 15, 2018.

“We are currently accepting applications and will fill the position when the right candidate is identified,” Wilensky said.

To stay updated with the School of Music and Dance events, check out their calendar here.