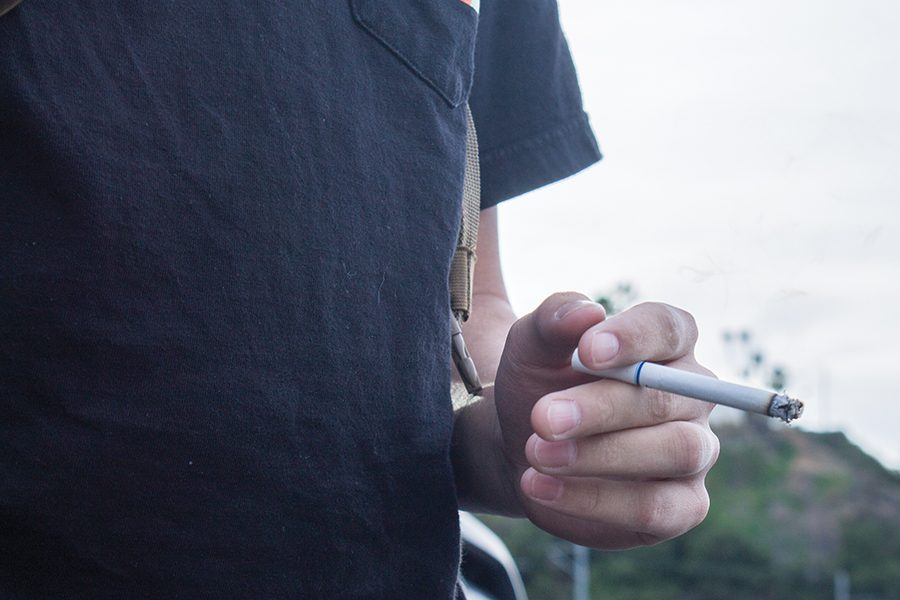 Correction: An earlier version of this story incorrectly stated the study looked into effects of outdoor smoking bans, rather than indoor.

A collaborative study including a San Diego State researcher determined comprehensive indoor smoking bans do not correlate with higher levels of smoking in the home.

Some critics of 100-percent smoke-free laws say these kinds of laws will result in ill effects for children, as adults will be forced to smoke at home. But this is not the case, according to SDSU Assistant Public Health Professor Brandy Lipton, one of the study’s co-authors.

Lipton said prior to this study, there had been limited research in the United States on whether smoking bans shift smoking to the home.

They concluded that the prospect of increased health risks for infants and children as a result of smoking bans is not legitimate.

“We didn’t find any evidence that adults were more likely to smoke inside the home in localities where they had the most stringent bans,” Lipton said. “Our study is generally pretty positive towards these comprehensive smoking bans.”

“We were heartened to find, in both cases, that the smoking bans actually improved infant health and improved the health of older kids as well,” Dave said.

Dave said the approach to these findings included obtaining data on every smoking ban implemented between the early 1990s and 2012. This data was then compared to birth records from every birth that had occured in the U.S. over a sample period to examine the health of infants being born in areas with different smoking regulations. A different data set provided insight into the health effects on children between one and 17 years old.

Lipton said the move to implement public smoking bans began in the 1990s and had initially begun in California. Since then, the adoption of such bans has become increasingly widespread.

As of 2012, Dave said only about 40 percent of the U.S. population lived in an area not covered by some form of smoking ban. He said he is hopeful that more policymakers will make the move toward implementing comprehensive smoking bans.

“I would hope that policymakers would take some of these analyses into account when deciding the cost and benefits of these policies,” Dave said. “We just do the research. Hopefully it finds its way to the right people.”