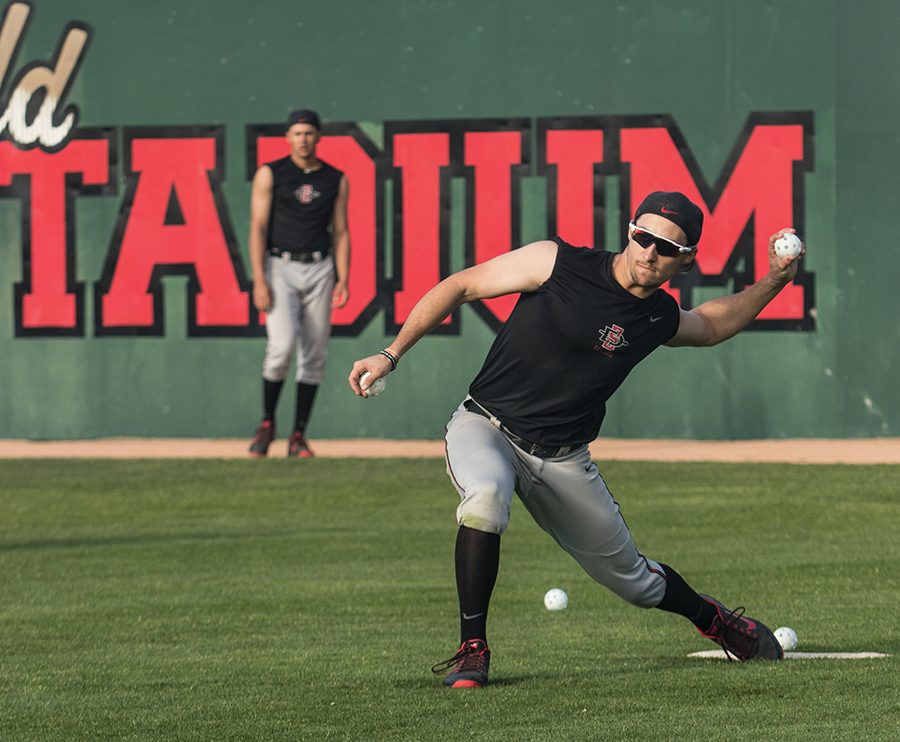 Before they do, however, the Aztecs will receive their championship rings from last years fourth Mountain West Conference championship in five seasons.

This will be the first time SDSU hands out the rings on the field, whereas in previous years the team has chosen to hold the ceremony at Viejas Arena.

“Its exciting, it’s the first time we’ve done it in baseball,” head coach Mark Martinez said. “It’s going to be really exciting to bring back the guys from last year’s team… to come back to the baseball field and celebrate another championship at Tony Gwynn Stadium.”

SDSU finished last season with a record of 42-21, and Martinez said he is ready to continue that success coming in to the new year.

“We have a lot to build on,” Martinez said. “We are looking forward to opening weekend and the rest of the season.”

Senior outfielder Chase Calabuig, a local product from Mission Viejo, said that he is excited to receive his ring, and that it will provide motivation for the upcoming season.

“I think it just kind of reminds us what we went through to get to that point last season and it kind of just allows us to reflect on the success we had,” Calabuig said. “I definitely think it’s more of a motivation to want to do it again and be able to see that ring and be able to put it on again.”

Once the pregame festivities are through, it will be time for the Aztecs to play ball against a familiar foe in UCSB.

SDSU took two of three on the road against the Gauchos last season, and historically have had strong success against the boys from the beach, holding an all-time wins advantage of 83 to 30.

Still, USCB has had a good amount of success in recent years, most recently winning 43 games and making it all the way to the College World Series in 2016.

The Gauchos followed that up with a disappointing 24-32 season last year, but Martinez said he still expects a great challenge.

“It’s going to be a great test for us,” Martinez said. “It’s a great way to open the season kind of get a barometer of where we are moving into our 2018 campaign.”

Calabuig is also excited to play against UCSB, and agreed with his coach that it will be a good test to start the new year.

“(I’m) very excited. I think that’s a great program and I think that them coming in here is going to be a little bit different than last year going there,” Calabuig said. “I think they have a lot of talent and it’ll be a good chance for us to prove to ourselves what we can do as a team and what we can do as individuals.”

More than anything, Calabuig said that himself and his teammates are ready to start playing competition other than themselves.

“We had a lot of fun playing with each other…  but I think it’s time we started playing someone new and someone different,” Calabuig said. “Start having some fun playing the game as Aztecs.”