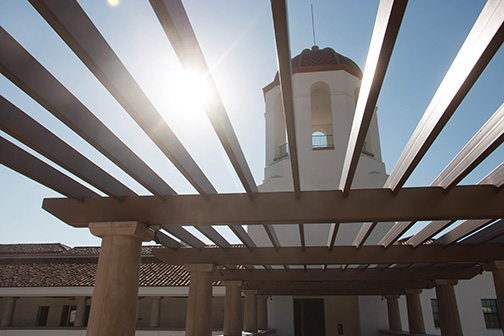 A.S. President Chimezie Ebiriekwe said four students have been selected to be on the Aztec mascot task force, which will discuss the human representation of the Aztec mascot. He said the task force will be composed of around 12-16 members of the SDSU community.

Ebiriekwe said the identities of the students on the task force will not be revealed until after the committee has finished its discussions and given its report to SDSU President Sally Roush.

“This is so that they will have the ability to deliberate without disruption and work effectively,” he said.

Christine Molina, director of the Office of Advising and Evaluation, and Donna Conaty, associate dean of the San Diego State College of Professional Studies and Fine Arts, presented at the council meeting to answer students’ questions about the new registration timeline for fall 2018.

Molina said registration for the fall 2018 semester will begin in April for all current SDSU students.

Conaty said the registration timeline for the summer 2018 semester will remain the same, with registration beginning in March. For students taking prerequisite courses in the summer for courses they have registered for in the fall, Conaty said students can fill out a waiver so they are not removed from the fall course for not completing the requirements.

Tuition and fees will still be due before registration. Students who receive financial aid can utilize the fee postponement program. Those who do not qualify for financial aid can sign up for an installment plan, which requires an initial payment of $800 and divides the remaining charges into four installments.

Incoming freshmen will still register during orientation, Conaty said, meaning they will register last, rather than first as they had before.

Freshmen will again have the earliest registration dates for the spring 2019 semester.

Aztec Student Union Board Representative Kyla Blaylock said there will be a media studio opening in the Conrad Prebys Aztec Student Union this semester for all SDSU students to use. She said the tentative opening for the studio is set for mid-April.

“It’s going to be our student staff running the media studio for other students to use,” she said.

Brown said it has not yet been decided whether students will be charged to use the studio. It may be free, or students may be asked to pay a fee after the first few sessions, she said.

Community Service Commissioner Nick Wohlman said said there will be a community service fair from 11 a.m. to 2 p.m. March 13 on Centennial Walkway. He said various SDSU service organizations will be attending to promote their organizations and find service opportunities.

Mary Staka, commissioner of the Recreation and Wellness Commission, said the commission will be tabling outside of the Aztec Recreation Center on Tuesdays and Thursdays to educate students about the upcoming ARC expansion referendum.