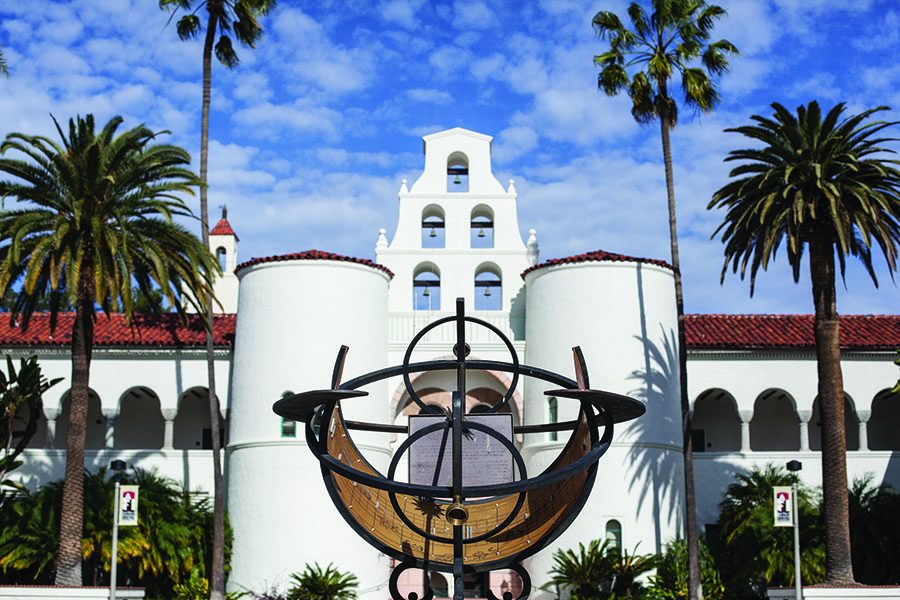 Two write-in candidates have jumped into the race for Associated Students president at the eleventh hour.

Alexander Pearson and Megan Mueller both completed paperwork to run for president last week, according to A.S.

Elections began Monday on WebPortal and will continue until 8:00 p.m. Thursday.

Current A.S. Vice President of University Affairs Chris Thomas was the only candidate for the highest student position in A.S. until the two write-in candidates announced.

Pearson said he made the decision to start campaigning after reading The Daily Aztec’s March 14 editorial about A.S. elections.

“It was just stating how there’s only one candidate running for president and I thought that was not a democratic system at all, and I wanted to run as a write-in to just kind of put my voice out there and see what I could do,” he said.

Mueller said she also didn’t like the idea of only one person running for president.

“I was talking to my friend, who’s my campaign manager, and we were talking about how weird it was that there’s only one person running for A.S. president, and I personally couldn’t feel OK with letting that happen,” Mueller said.

She said one goal of hers would be to reach out to students she sees as “under-represented” — especially commuter students.

“They don’t have a place on campus and stuff like that and I just want to bring students more together than they already are,” she said.

Pearson said he wants to increase engagement between students and their student government.

The computer science student said while he hasn’t previously been involved with A.S., he thinks the organization could use an outsider candidate.

“I think it’s very nice to have someone coming in from (out of) A.S. to kind of get that different A.S. perspective, because a lot of the candidates have been in A.S. for the last two or three years,” Pearson said.

He said he still has plenty of leadership experience without being involved with A.S., touting YourUnity, a startup he co-founded that’s aimed at helping community service organizations interact with students, and an internship with Hewlett-Packard in which he said he helped implement new technologies with the county of San Diego.

“And finally, on top of that, freshman year, I was on hall council — floor representative — so I’m familiar with how the school interacts with its students,” Pearson said.

Like Thomas and most of the other A.S. executive candidates, neither Mueller nor Pearson support keeping the human representation of the Aztec mascot.

Mueller supports getting rid of the ‘Aztecs’ name altogether.

Both write-in candidates also voted against the Aztec Recreation Center expansion referendum — which Thomas was a key organizer for.

The referendum, which narrowly passed, calls for a doubling in size of the ARC, which is projected to be complete by fall 2021. The expansion will be paid for with a $195-per-semester student fee increase, which won’t go into effect until the expansion is complete. The new fee increase will also cover students’ membership costs for the gym.

“I personally have had a financial hardships and I know that having to pay more money for something that you might not even use, that’s not fair to anyone,” Mueller said. “I do agree that we do need updates to the ARC, I just don’t think that this was the right way to do it.”

Read about the candidates for vice president of external relations, Michael Wiafe and Latrel Powell.

Read about the candidates for vice president of university affairs, Ronnie Cravens and Anya Shutovska.