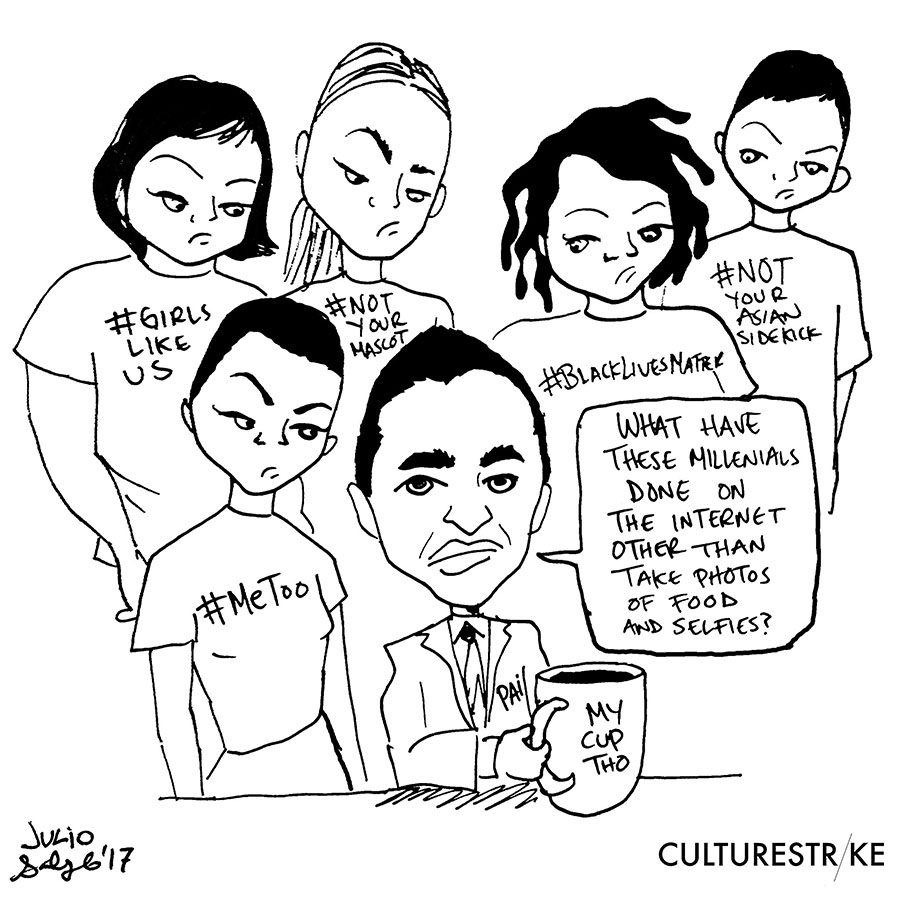 by Jocelyn Moran and David Santillan

Julio Salgado, one of the founders of DreamersAdrift and manager of the CultureStrike project, will be at the Montezuma Theater inside of the Conrad Prebys Aztec Student Union at San Diego State on April 18, to converse with students about his experiences as an activist.

Salgado, who is undocumented and identifies as queer, uses his art to represent recipients of the Deferred Action for Childhood Arrivals and the undocumented people’s rights movement.

Students will first be able to view Salgado’s art from 6 to 7 p.m inside of the theater’s hallway before heading into the theater to hear him speak about his use of art through activism.

“I think what’s really important is that oftentimes we look at activism in specific ways, whether that is utilizing it through social media or going out there and protesting and things of that sort but there are other ways that you can connect with activism,” Lujan said.

After Salgado’s discussion, the audience will be able to create posters like the ones he makes.

“Students will be able to kind of go through the process that he goes through as far as building out these art pieces. So well have a bunch of supplies for students to connect with and follow along with them,” Lujan said.

Salgado uses issues the Latino community faces to create his art, such as Hurricane Maria.

According to their website, CultureStrike focuses on empowering the visualization of a world through art.

CultureStrike shared one of Salgado’s illustrations on their Twitter account, where people are depicted wearing t-shirts depicting popular social movement hashtags like #MeToo, #BlackLivesMatter and #NotYourMascot.

Lujan said the Pride Center has been organizing the event since the beginning of the school year after employees met to discuss the needs of the LGBTQ community.

He said it’s important that both the LGBTQ and undocumented communities are represented at the center.

“There’s often times these marginalized, underrepresented students that aren’t able to connect with speakers that come to campus. This is a really specific kind of speaker. They identify as undocumented, and they identify within the LGBTQ plus community,” Lujan said. “As a Hispanic serving institution, we know that there are LGBT undocumented individuals on this campus, so it’s important that they have this ability and see people who kind of go through the same thing and who utilize their voice to make impactful change in the world. So bringing this inspiration to these students is really important.”