No tuition increase for 2018-19, chancellor says 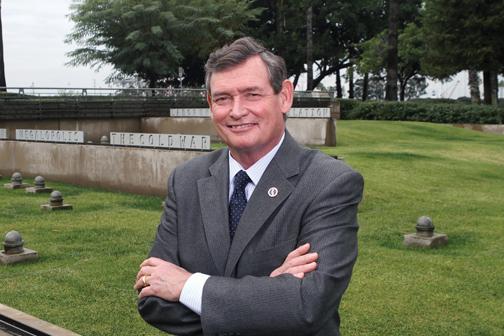 CSU Chancellor Timothy White said earlier this month that the only refunds students would be getting would be for parking, meal plans and residence halls.

The CSU Board of Trustees was set to discuss the issue in May. The board first considered raising tuition at a meeting in January after California Gov. Jerry Brown’s office released a budget proposal that many officials said significantly underfunded the 23-campus university system.

CSU Chancellor Timothy White said in a statement that despite the budgetary concerns, tuition will remain unchanged for the 2018-19 academic year as “our state’s economy is strong and many lawmakers support the CSU.”

Tuition rose just last year, when the Board of Trustees approved a $270 increase for full-time undergraduate students in March 2017.

White said the decision to keep tuition flat was not made lightly.

“There will be serious adverse consequences if state funding falls short of meeting our university needs,” he said. “Without sufficient additional dollars, campuses will need to reevaluate staffing levels, programs and services. We would be put in the situation that less is achievable with insufficient funding – less than our aspirations and goals, less than our state’s needs, and less than our students’ expectations.”

The governor’s budget proposal in January allocated a $92 million budget increase — or 3 percent — to the CSU system for fiscal year 2019.

That may not be the final number, as the final state budget won’t be voted on until June. But it’s a less-than-ideal starting point, administrators said after the proposal was released.

And even that number was lower than the $282 million the CSU initially requested.

White asked for support in advocating for increased funding from the state.

“So, our ask of the state is this: #ChooseCSU and fund our shared priorities,” he said. “Our ask now being considered by the state for funding is just for the university’s most pressing needs. We all want students to have the clearest and most life-changing path to graduation. We all want high-quality degrees to meet the needs of the state’s economy and society, today’s and tomorrow’s. We all want faculty and staff to be fairly compensated.”

Crystal Little, SDSU director of budget and finance, said university officials have been “planning conservatively with the assumption of no tuition fee increase for 2018/19 …”

“Campus budget committees will continue to meet over the next few weeks to finalize a 2018/19 budget recommendation to be approved by the President in May,” Little said.

“All of us must continue to advocate for adequate state funding that preserves quality education and improves access for qualified students,” she said. “The CSU community will work over the next few months to persuade legislators to fund the system’s most pressing needs.”

7:25 p.m.: This article was updated with comment from Little.