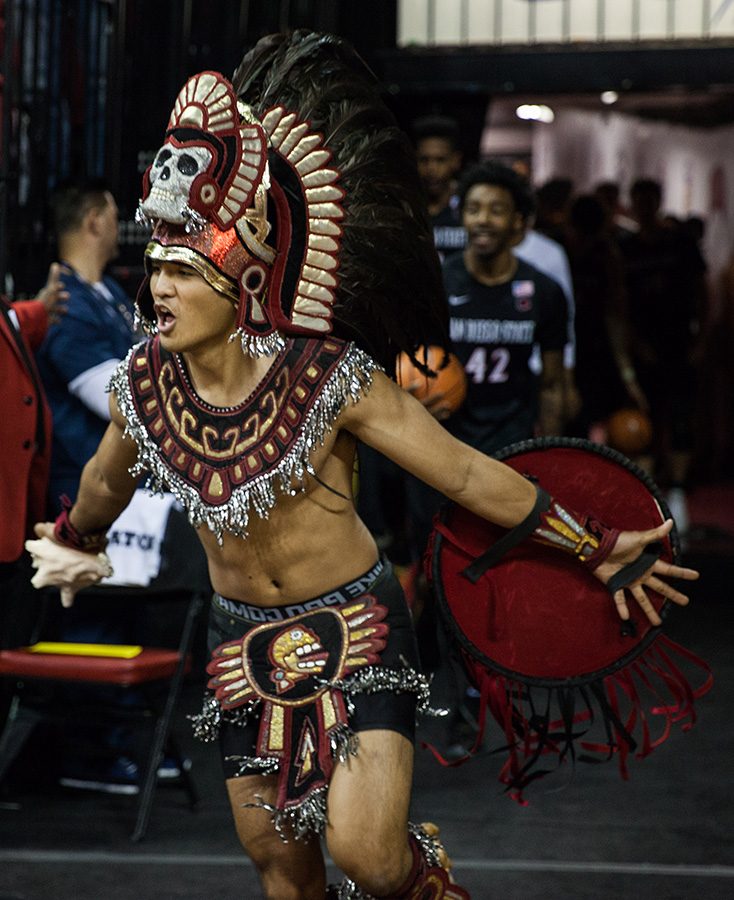 The union representing most California State University faculty voted last week to condemn San Diego State’s mascot, as well as those of two other CSU campuses.

In a vote at the California Faculty Association 87th annual assembly in Los Angeles on April 14 and 15, members denounced the Aztecs moniker, the mascot’s human representation and “the usage of spears or weapons that connote violent and barbaric representations of Indigenous cultures.”

The resolution states SDSU is “on Kumeyaay land and the Kumeyaay were not consulted to create a culturally appropriate mascot.”

The CFA also condemned two other CSU mascots — the CSU East Bay Pioneers and the CSU Long Beach 49ers — as being representative of “a genocidal history against Indigenous peoples in California,” though it says CSU Long Beach “has worked to address their problematic mascot ‘Prospector Pete’ with truth-telling, fostered healing, and collective unity with the local Indigenous peoples.”

CSU San Marcos and CSU Channel Islands were both referenced for having “proactively worked with the local Indigenous community on whose land they reside to establish a campus identity that is rooted in place” and having “worked with the Chumash to create a culturally appropriate mascot,” respectively.

Faculty Association Vice President Charles Toombs, who is a professor of Africana Studies at SDSU as well as the campus’ CFA chapter president, said the resolution was initiated by the organization’s Indigenous People’s caucus of the Council for Affirmative Action within the CFA before passing with support from the whole assembly.

Toombs declined to speculate on what effect the resolution may have on the mascot.

“There’s a lot of discussion going on from different people about the Aztec mascot and we’ll certainly see what the task force recommends when it completes its work,” he said.

Brandon Jones, who just finished his time as SDSU’s College Republicans president, said he thinks the mascot is a non-issue.

“The mascot debate started by students and faculty on campus years ago is nothing more than background noise at this point for the majority of the campus community,” he said.

The Native American Student Alliance, which in recent years has led the fight to retire the mascot, did not respond to a request for comment.

When reached for comment, SDSU spokesperson Cory Marshall said she would “point back to our timeline for the Aztec identity decision.”

“The deadline for the special task force to provide information and recommendations is April 30. President Roush said she intends to make a final decision about the Aztec identity and mascot no later than May 31,” Marshall said.