The Daily Aztec • May 8, 2018 • https://thedailyaztec.com/89870/news/class-creates-awareness-campaign-for-tijuana-river-valley-sewage-spills/ 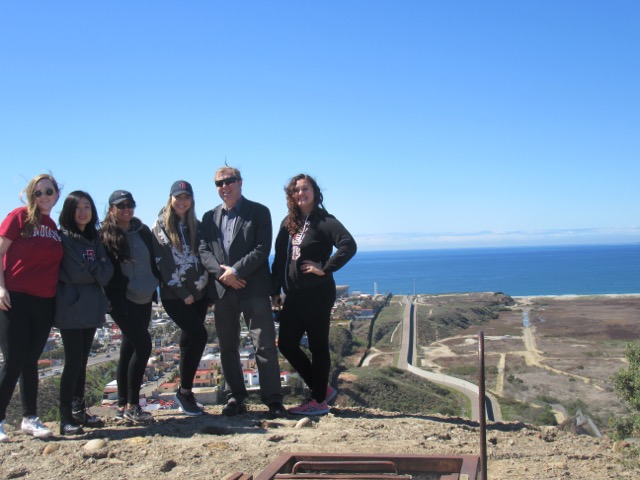 A class of San Diego State journalism students has taken to social media this past semester to help the environmental group Citizens Against Sewage spread awareness about sewage spills that have plagued the Tijuana River Valley.

The Tijuana River Valley, a 1,735-square-mile area that stretches from Tijuana to San Diego, has faced issues related to the failing infrastructure of Tijuana’s largest sewage treatment plant for years.

Since the start of 2018, more than 2.3 billion gallons of sewage have spilled into the United States from Mexico, according to the Citizens Against Sewage Instagram page. This has resulted in environmental pollution, beach closures and health issues for those exposed to the polluted areas.

“The infrastructure system is overwhelmed and it affects the health of the citizens, wildlife and community,” journalism senior Anna Waletzko said.

Waletzko and her classmates are from an upper division journalism class that focuses on media and politics. She said the students wanted to work with a locally-based group that focuses on reaching out to government officials and engaging with the community.

Waletzko said she has been working closely with Citizens Against Sewage to spread awareness of the spills on social media. She said numerous organizations are feeling the health effects of the failing infrastructure.

“The issue is a lot bigger than people realize,” Waletzko said. “Border Patrol agents are being exposed to the contaminants and becoming extremely ill. The Navy does training off the beach in Coronado and they are getting sick from being in the water.”

Journalism senior Jerralyn Davis said the goal of their social media campaign is to bring awareness to the sewage crisis and prompt a sense of urgency for action among elected officials.

“The amount of trash and other hazardous pollutants is excessive,” Davis said. “We were just in awe of the amount of people that didn’t know of this situation. With our social media campaign, we wanted to create a place where information was easily accessible and create content that would connect the community.”

Ginger Sacco, founder of Citizens Against Sewage, said she started the organization to help keep the San Diego community informed with up-to-date sewage spill information, the possible risks citizens face when exposed to the contaminants and what citizens can do to help put an end to the crisis.

“We’ve done so much trudging through information that’s not easily accessible by the public and we’ve been trying to pressure the county of San Diego to declare a state of emergency,” Sacco said. “We’ve been working with a lot of city officials including the mayor of Imperial Beach, border patrol agents and community members to get the recognition and funding needed to prevent the sewage from continuing to spill.”

Sacco said the root of this issue could be related to leadership in the International Boundary and Water Commission, the joint commission that is in charge of managing and operating the waterways established in the Water Treaty of 1944. The treaty serves as a legal framework for both countries to maintain the waters in trans-border waterways.

“We want to call for the resignation of the Commissioner of IBWC, Edward Drusina because he has not been doing his job to uphold the Water Treaty of 1944,” Sacco said.

Sacco is not the only one who had noticed a lack of action on part of the commission.

The city of Imperial Beach, San Diego Unified Port District and city of Chula Vista filed a lawsuit against the United States side of the commission as well as another organization that does work in the valley on March 2.

Sacco said, looking toward the future, Citizens Against Sewage wants to continue pressing elected officials to recognize the crisis in the Tijuana River Valley and take action to prevent any further damage to the environment.

“I am so thankful I got to work with the SDSU students in Professor Sweester’s journalism class,” Sacco said. ”We want citizens to share their rage. It doesn’t matter where you live, voice your concerns and share your frustrations.”