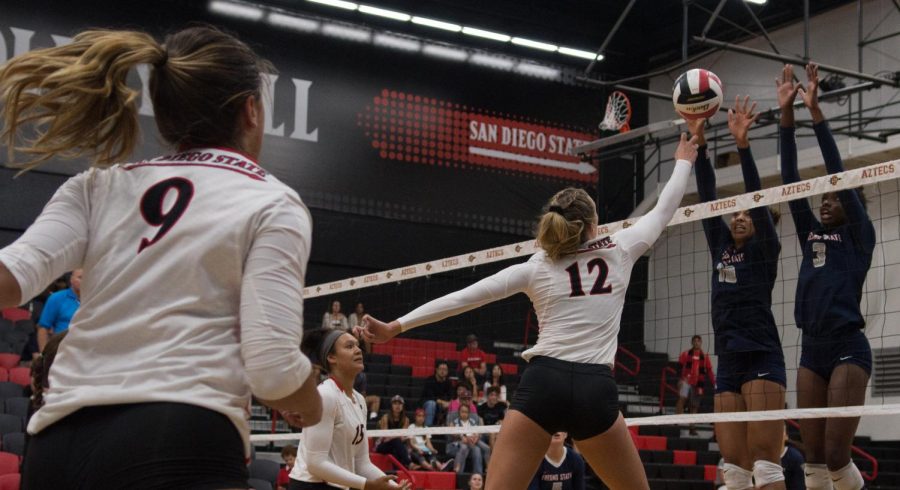 Sophomore middle blocker Erin Gillcrist attempts to get the ball over the outsretched arms of Fresno State defenders during the Aztecs three-set loss to the Bulldogs on Sept. 21 at Peterson Gym.

“Out of all the losses, this was the most disappointing,” head coach Deitre Collins-Parker said.

Despite leading the first set, 12-7, the Aztecs were not able to finish.

“Once that first game slipped away, we lost our motivation,” Collins-Parker said.

This was the Aztecs’ first Mountain West Conference game of the season, and all of the hype coming into this game felt like an opening day.

“We were all ready for a fresh start,” said junior outside hitter, Hannah Turnlund. “We all had the mentality that we were going to kill it”.