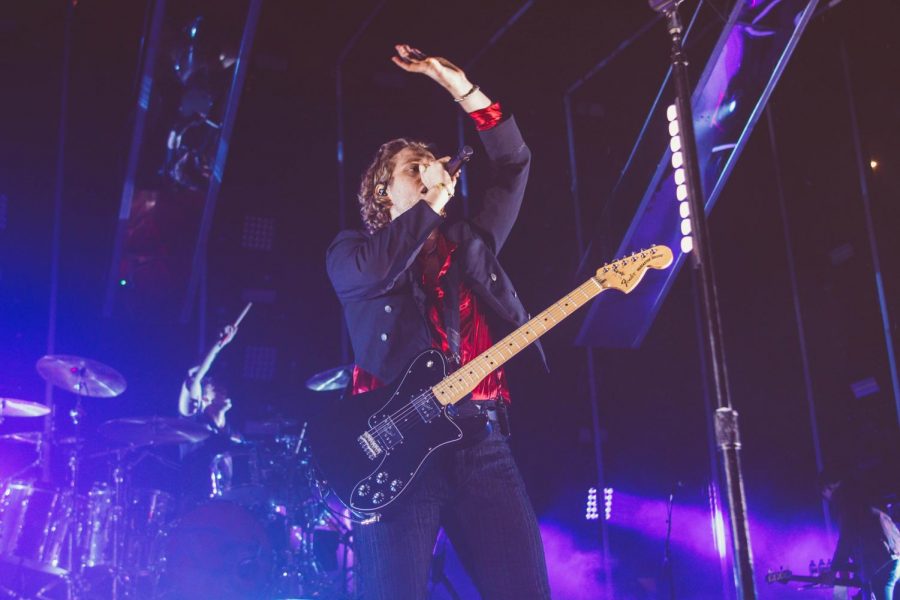 After taking a three-year break following their second album, “Sounds Good Feels Good,” “Youngblood,” released in June of this year, brought 5SOS back to the cultural zeitgeist. The album debuted at no. 1 on the Billboard 200 album chart, beating out Beyoncé and Jay-Z’s surprise-released “Everything is Love,” which came out that same week.

As evidenced by the band’s debut single, “She Looks So Perfect,” released back in 2013, 5SOS came up with roots in late-’90s to mid-’00s pop-punk. Even frontman Luke Hemmings’s voice hits the sweet spot between sneering and earnestness, akin to Fall Out Boy’s Patrick Stump or Blink-182’s Tom DeLonge, though Hemmings’s voice is more polished.

Still, the band always kept a foot in the door of going full-on pop. Often characterized as a boy band, though they play instruments, 5SOS toured alongside One Direction in 2013, and were seen as the reflection of the “What Makes You Beautiful” singers that was a bit rougher around the edges. While overlapping in fanbases of young women, One Direction was influenced by parent-friendly classic rock and kept their lyrics clean, while 5SOS was indebted to a pop-punk background, used swear words and made explicit sexual references in lyrics, like, “She looks so perfect standing there in my American Apparel underwear.”

On “Youngblood,” it’s clear the band is paying attention to current pop trends, and this was made visibly obvious in the aesthetic choices for the “Meet You There” tour. With Hemmings clad in a crimson satin blouse and a cropped blazer, and vocalist/bassist Calum Hood in a shimmering red suit, it seemed the band was taking fashion cues from current pop troubadours Harry Styles and Shawn Mendes. Plus, the minimalism in the ethereal, neon lighting illuminating the stage was reminiscent of the 1975’s consistent color palette.

This shift toward straightforward pop was evident in the music, too. 5SOS opened the show with “Babylon,” a cut from the deluxe edition of “Youngblood.” It’s a song that skews toward the kind of guitar music that’s played on the radio in 2018, trading gang vocals for rolling verses and a searing, melodic hook. It actually is comparable to more recent Fall Out Boy singles, as they also turned toward pop later in their career and continued churning out hits.

Another highlight from the show was album track “Lie to Me,” which Hemmings told the audience is his favorite off “Youngblood.” Crooning over plucked acoustic guitar and snaps on the original recording, Hemmings opted for piano for the live version of the first verse.

Interestingly, 5SOS kept the banter with the crowd to a minimum, with the band’s history and confessional lyrics doing the heavylifting in maintaining the sense of connection between the band and their fans.

“I think that a lot of their topics are pretty relatable, especially for people our age,” journalism sophomore Reese Savoie, who attended the concert, said of 5SOS. “I feel like a lot of their songs appeal to people of our generation just because they started when we were young and we grew up listening to them.”

In between additional “Youngblood” tracks like “Moving Along,” “Why Won’t You Love Me” and “Valentine,” 5SOS tapped into the earlier years of their catalogue throughout the set so as not to shake those punk and emo influences that made them a novel pop act in the first place.

“Amnesia,” a ballad with tinges of Dashboard Confessional and Plain White T’s from 5SOS’s debut record, was greeted with a hearty singalong from the audience. Tongue-in-cheek bad boy anthem “She’s Kinda Hot,” cowritten by Joel and Benji Madden of Good Charlotte for “Sounds Good Feels Good,” put the band’s outcast image front and center, along with an anthemic chorus and instantly recognizable riff.

However, the set closed out with “Want You Back,” the lead single from “Youngblood” and one of the most definitively pop songs in 5SOS’s repertoire. Brilliant in its simplicity, it utilizes synthy keys commonplace in the 2018 mainstream to build up to an incredibly infectious chorus. Paired with Hemmings’s convincingly lovestruck voice singing absurd specificities like, “I remember the roses on your shirt when you told me this would never work,” “Want You Back” is one of the best songs of the year.

5SOS encored with “She Looks So Perfect” and “Youngblood’s” title track, the latter being the current no. 8 song in America and the band’s highest charting single on the Billboard Hot 100 so far in their career.

With a relentless, pounding chorus juxtaposed with soft, intimate verses, “Youngblood” ended the night most effectively blending both ends of 5SOS’s pop and punk spectrum.

“Say you want me, say you want me out of your life / And I’m just a dead man walking tonight,” the crowd chanted along with the band.

The show exhibited 5SOS’s willingness to toy with their sound, and closing with “Youngblood,” a combination of their influences, cleverly ended the night with the question of where they’ll go next. If their growing success is any indication, it’ll surely be something as savvy as it is sincere.