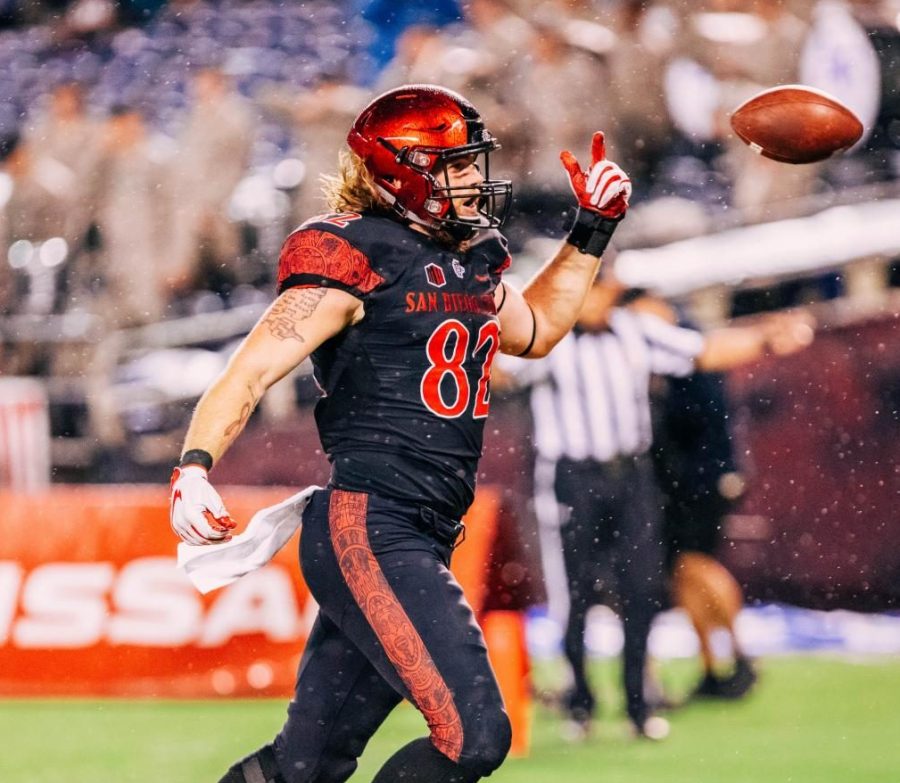 At the halfway point of the San Diego State football season, the Aztecs (5-1) have collected five straight come-from-behind victories.

Three of the five SDSU comebacks have occurred in the fourth quarter or later.

SDSU trailed Sacramento State 14-13 in the fourth quarter of the Aztecs’ home opener on Sept. 8. A pair of touchdowns by junior running back Juwan Washington led the Aztecs to a 28-14 victory.

On Sept. 22, SDSU found themselves in a three-point deficit against Eastern Michigan in the final two minutes of regulation.

In the overtime period, redshirt freshman cornerback Darren Hall made an interception to set up the game-winning field goal. Baron nailed the winning field goal from 38 yards to give the Aztecs a 23-20 win.

SDSU’s most recent comeback victory came in the last seven minutes against Air Force on Oct. 12.

With 3:42 left to play, senior defensive back Parker Baldwin secured the game-winning interception to seal the 21-17 victory.

“Hopefully it says a lot,” Horton said. “That’s what gives you hope that we could have something special: that (the team) didn’t tank out; they kept battling, kept fighting.”

“We always tell them, ‘(It) might not be pretty, but we’ve got to find a way,’” Horton said. “Really proud of those guys that when it had to happen, they found a way to get it done.”

Offense, defense and special teams have all played significant roles in comeback wins this season.

Houston, who has 109 yards and two touchdowns on eight receptions this season, said the SDSU offense would like to put up more points going into the fourth quarter, rather than having to pull off a comeback.

“We’d like to stop doing that,” Houston said. “We’d like to be ahead by a couple more touchdowns going in (to the fourth quarter).”

A combined 23 freshmen and redshirt freshmen were listed on the travel squad prior to the Aztecs’ game against Air Force.

Head coach Rocky Long said youth could be a contributing factor to playing in close games.

“What you see is exactly who we are,” Long said. “Any thought that we’re gonna beat anybody bad is ridiculous. We’re gonna hang in the game and we’re gonna try to win it at the end.”

The Aztecs are no strangers to performing well in crunch-time situations.

Defensive coordinator Zach Arnett said the potential winner of close games can depend on which team is able to make crucial plays.

“Every game comes down to the same thing: one team or the other, someone’s going to make a play,” Arnett said. “The game comes down to a handful of plays, those big important plays, who makes them. Fortunately, we’ve been able to make a few of those plays on defense here lately.”

SDSU will be successful if they continue to find the winning formula in close games.