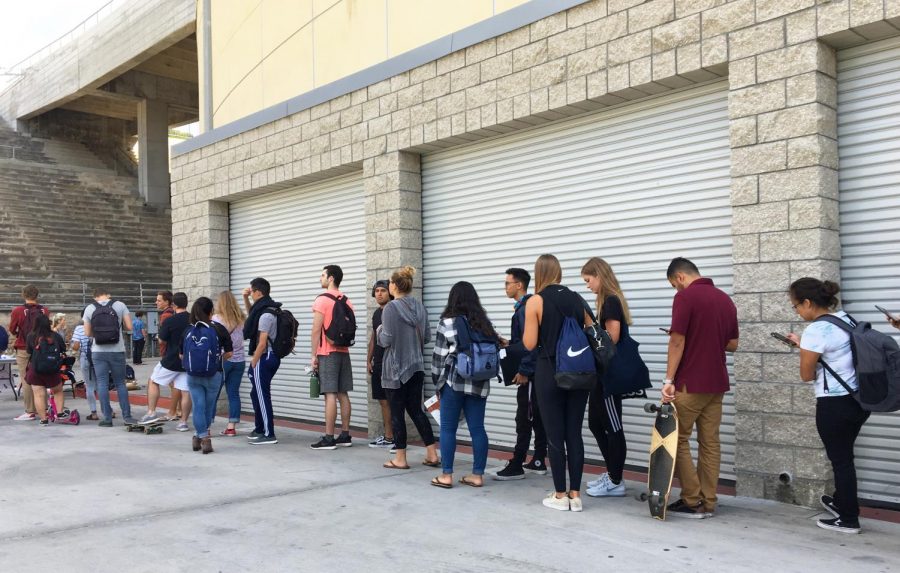 In a statement, university officials said they are working with Walgreens and the County of San Diego Health and Human Services Agency to ensure all students who were affected by the defective vaccinations distributed by Walgreens on Oct. 5 and Oct. 8 are re-vaccinated

“Walgreens is communicating directly with all students impacted, and SDSU has begun offering support to help re-vaccinate students while also hosting space on campus for Walgreens to re-vaccinate those students,” the statement said.

University officials said there were no additional confirmed cases of meningitis on campus, but county health officials will continue to monitor the situation.

San Diego State students who received meningitis inoculations from Walgreens on campus earlier this month were being asked to go back to have their vaccines re-administered, the company said Thursday.

About 350 students received meningococcus B vaccinations from Walgreens at vaccine clinics held at Viejas Arena on Oct. 5 and 8. The company later discovered those vaccinations were not given at the correct temperature and was on Thursday in the process of reaching out to students who received them, according to a statement from a Walgreens spokesperson.

“We recently became aware that the vaccine temperature at the time of administration was not optimal,” the statement said. “While we believe there is no associated safety risk, in order to ensure that recipients received full efficacy of the vaccine, we are in the process of contacting the students to offer re-vaccinations.”

SDSU officials declined to comment, saying it was an internal matter with Walgreens.

“SDSU cannot and should not speak on behalf of Walgreens,” a university spokesperson said in an email.

The two vaccine clinics were planned after San Diego County health officials declared a meningitis outbreak at SDSU on Sept. 28, following three confirmed cases of the illness among undergraduate students since June. Students under the age of 24 were asked to get vaccinated.

There have been no further reported meningitis infections among the student population since the third diagnosis was announced.