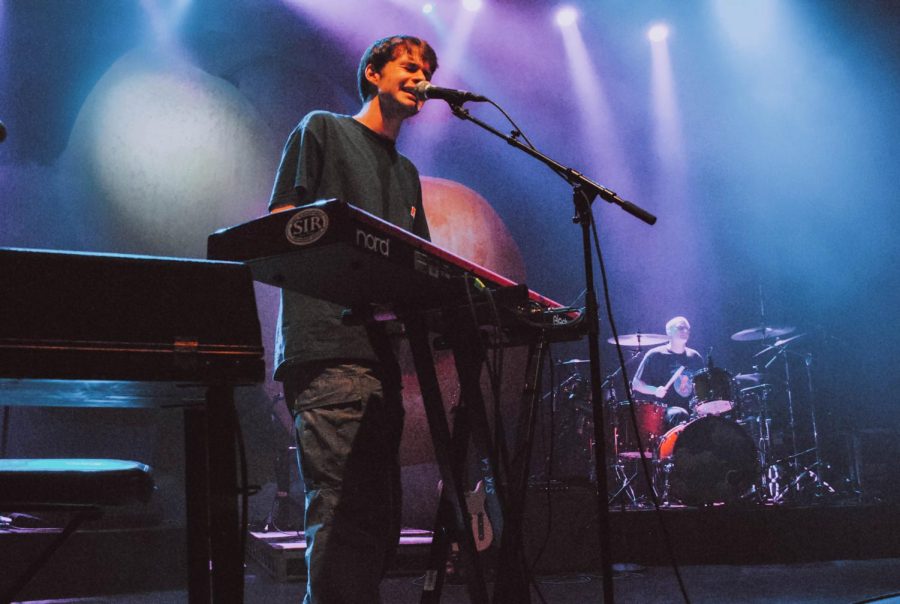 Rex Orange County fans waited in a line wrapped around the block outside the doors of the Observatory North Park on Nov. 13 to watch the recent indie sensation’s second sold-out show in San Diego.

“This is the first time I’ve ever been to San Diego in my entire life,”  Alexander O’Connor, better known by his stage name Rex Orange County, told the audience. O’Connor received the nickname “The OC” growing up, which soon developed into his stage name.

The show started with the opener Radiant Children, an R&B six-piece group that grooved and funked its way through the opening set, with lead singer Fabienne Holloway evoking her contemporaries Solange and Janelle Monáe, and her predecessors Lauryn Hill and Erykah Badu, singing each song with confidence.

When Radiant Children walked off the stage, the roadies began setting up for Rex Orange County, and the eventual unfurling of a blue sky backdrop with an apricot and peach in the middle made the audience roar with excitement.

Rex Orange County, who is most popularly known for his collaborations with Tyler, the Creator, has released two albums, including last year’s “Apricot Princess,” and singles like “Loving is Easy,” “Best Friend” and “Sunflower,” all of which were major highlights of the show. 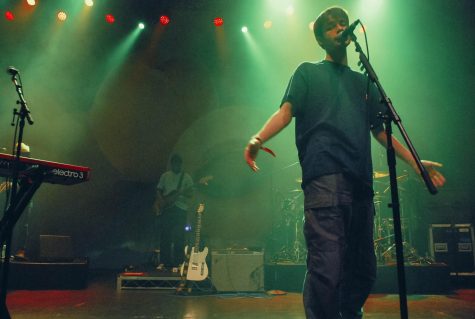 The fans in attendance knew every single word that O’Connor sang and every note that he played from his instruments. The front barricade was filled with young women and a sea of cell phones locked into O’Connor’s every move.

“I honestly think (Rex Orange County) is one of the best musicians I’ve heard this year,” Sarah Alweiss, integrated marketing and communications senior, said. “His sound is so neo-soul, such a new approach, yet he still has an innocent, old school feel. His lyrics represent his fluctuating emotions which make (his music) super relevant for me.”

When Rex Orange County ended the main set with “Happiness,” O’Connor asked the crowd to hold up their phone lights, illuminating the dark Observatory, and ended the evening on a triumphant note.

Of course, the crowd did not accept that the show was over and produced audible chants for an encore. The hungry crowd was rewarded, when Rex Orange County came back for the modern ballad “Loving is Easy,” leaving fans swooning.

O’Connor flashed a big smile at the end of the song, pointed to his extraordinary backing band and waved goodbye for the last time.

At the young age of 20, Rex Orange County is representative of the new sounds and ideas of Generation Z. Watching O’Connor and the way the crowd latched onto every moment of the show indicated a long, fruitful future for the singer.