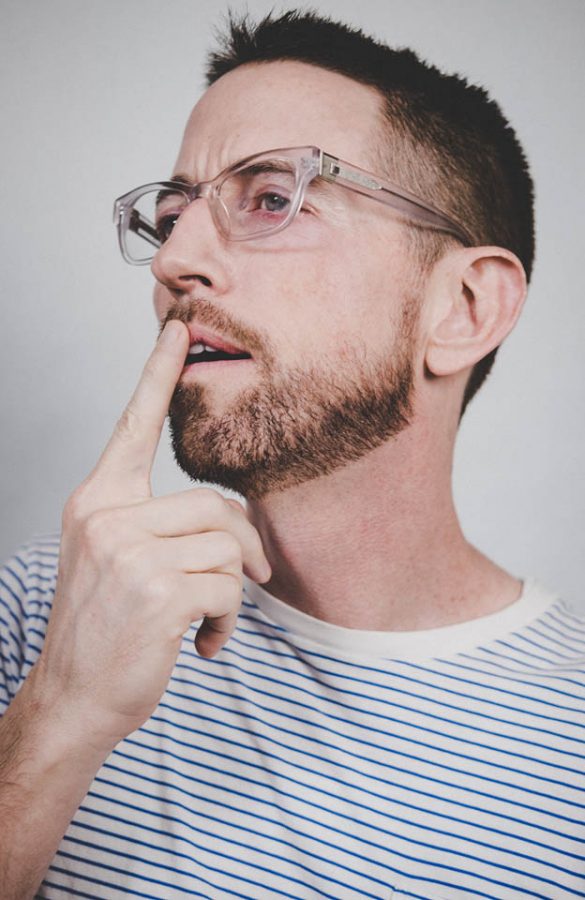 Comedian and “The Daily Show” correspondent Neal Brennan plans to strictly bring the funny with him on tour for his new stand-up show “Here We Go” when it lands at the House of Blues in San Diego Dec. 14.

“I’m all out of sad stories,” Brennan said, referring to the difference between his current tour and upcoming Netflix special “Here We Go” and his last Netflix special titled “Three Mics.”

The comedian, writer, producer, director and actor said in an interview with The Daily Aztec  he’s ready to deliver more straightforward stand-up this time around, as opposed to some of the emotional elements found in “Three Mics.”

“Stand-up is the greatest thing in the world,” Brennan said. “So, I don’t feel bad saying you’re only getting stand-up.”

This sentiment seems to be directly in line with the approach he is taking with his career and his life.

He said doing stand-up comedy is what’s making him the happiest, and that he’s reached a point in his career where he no longer measures the success of his projects by how big they are but, rather, how fun they are.

“Most people think we are here — as in, alive — to make a profit,” Brennan said. “I feel like I’ve done enough stuff to where I can just see how this fun is.”

Anybody familiar with Brennan’s body of work could argue his outlook is an affordance of the great successes he has already achieved.

He has also worked with industry names like Ellen DeGeneres and co-created “Chappelle’s Show” alongside Dave Chappelle. Even “Half Baked,” the project co-wrote with Chappelle, now has a cult following and is one of the most quotable stoner comedies to date.

“Me and my brothers grew up watching ‘Chappelle’s Show’ and we loved it,” social work graduate student Luke Cunningham said. “It was always so funny.”

Brennan has additionally made appearances on shows like “The Daily Show” and “Comedians in Cars Getting Coffee.” Add in his continually rising stand-up career, and it’s clear that Brennan is no stranger to having big projects or success.

“I just don’t like going into an office, so the only big project you might hear coming from me is doing stand-up,” the comedian said. “I just like doing stand-up, and I don’t like sitting in a room trying thinking of a plot for ten hours.”

With much of the material from this tour being turned into another Netflix special, Brennan discussed some of the big differences in working with a company like Netflix as opposed to Comedy Central or HBO.

“The biggest difference is that they are pretty permissive in terms of material,” Brennan said. “In terms of launch, it’s that it’s worldwide, and that’s amazing.”

He expanded on how working with Netflix has put his shows in cities such as Santiago, Tokyo, Berlin, Paris and London. He said the opportunities for travel aren’t as available with Comedy Central or HBO.

Even after the “Here We Go” tour ends in San Diego, he plans on spending the Christmas season in Hong Kong and Bangkok doing shows and spending time with his girlfriend.

Having been all the places he’s been to in life and in the world, he has some advice for the younger and less experienced version of himself.

“Nothing has ever been as bad as I worried it would be,” Brennan said. “In my head, what I write is going to be horror movie, but in reality, it’s more like a sh—y documentary.”