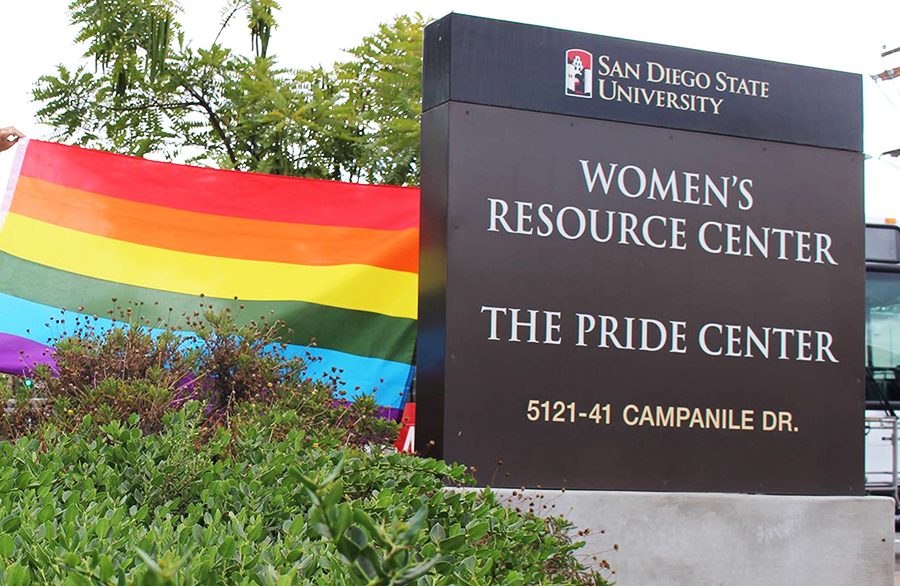 Following concerns being brought to their attention regarding potential legislation that would prohibit transgender rights, Timm and Wood wanted to explicitly highlight the campus administration’s commitment to providing a safe community for transgender students.

“There have been some concerns that have been expressed to us from the members of the trans community after things that had happened nationally,” Timm said. “They were feeling a bit concerned for their perspectives on campus and wanted to make sure they’re seen. We were just reaffirming our commitment to that community.”

Timm said they also wanted to ensure transgender and non-binary students knew who to contact if they needed to reach out for help on campus.

President Donald Trump has recently discussed rescinding protections for people who identify as transgender. Changes that he has discussed include restructuring the definition of “gender” to be explicitly based on the biological sex assigned at birth, according to The New York Times.

Wood and Timm’s email, which in part highlighted the university’s Pride Center and SafeZones program, was a response to those potential policy changes at the federal level.

“Members of San Diego State University’s community who are transgender and non-binary have expressed fear and frustration about potential reductions in federal protections, including defining of gender and prevention of certain individuals from military service,” Timm and Wood wrote in the email.

“I think it’s wonderful to see support from the university’s administration, especially on such important matters such as trans-erasure nationwide,” Palau said. “It’s great to have support, especially at that high level of the university, for LGBTQ students — particularly those that sometimes might not feel like they are recognized or have that much visibility within the LGBTQIA+ spectrum.”

Palau said, since 2012, they have seen the campus become much more inclusive in regards to the transgender and non-binary communities.

“SDSU has come a long way from initially not having name and gender policies, to actually being a university leading other universities in how to go about those procedures,” Palau said.

Through their time on campus, Palau said the university has implemented policy changes such as the inclusion of gender neutral bathrooms throughout the campus.

“With name process, (you can now use) your preferred name on all unofficial documents so you don’t get outed when you’re put into groups through BlackBoard or when teachers go ahead and call roll,” Palau said. “We have seen the expansion of gender neutral restrooms on campus beginning from faculty, staff and students having conversations with administrators.”

The Pride Center supports gender nonconforming students at SDSU in a variety of ways, Palau said. A full map of the gender neutral bathrooms on campus can be found on the Center’s website and students can participate in the bi-monthly peer-to-peer support group.

Students can also donate or receive clothes through the Pride Center’s Standing Boutique program, which initially began as a way to provide clothing to transgender and non-binary students.