Campus fraternities give back with Season of Giving 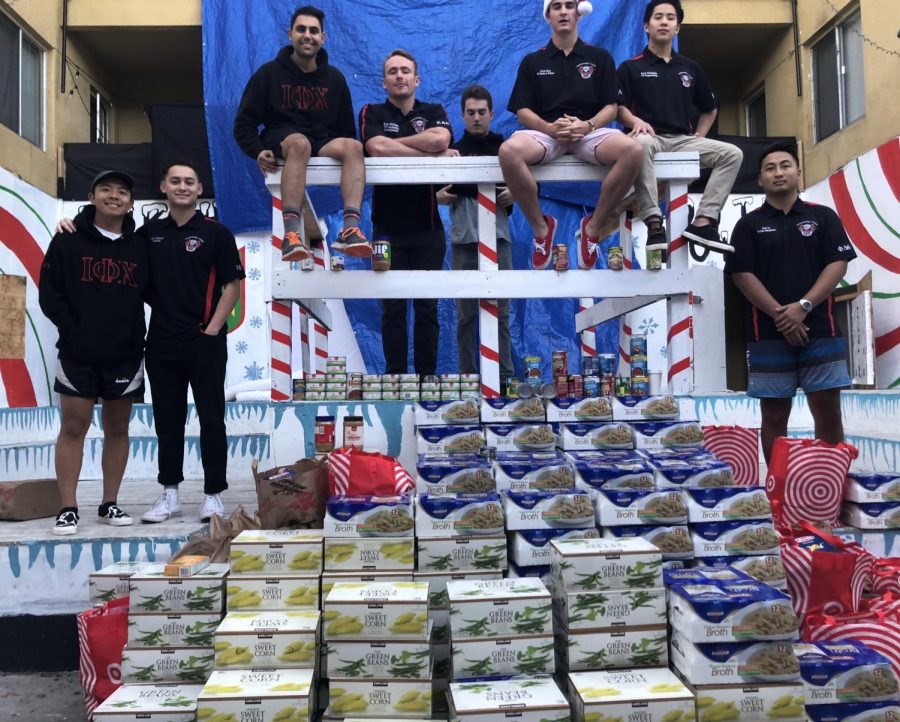 Interfraternity Council members donated 3,266 pounds of food to Jacobs and Cushman San Diego Food Bank at the end of the fall semester.

At the close of the fall semester, the Interfraternity Council executive board and member fraternities came together during the holiday season to donate more than 3,200 pounds of food and around $500 to the Jacobs & Cushman San Diego Food Bank.

The first ever Season of Giving took place over five days beginning on Dec. 8 and concluding on Dec. 12. The event utilized some friendly competition among the fraternity chapters with the focus of giving back during the holiday season and strengthening ties among the council’s fraternities, IFC President Jacob Mahony said.

“We wanted to do something that would make a difference in our backyard,” Mahony said. “Especially around the holiday season, we didn’t want people to be going hungry.”

San Diego Food Bank President James A. Floros thanked IFC for their donation in a letter.

“On behalf of The Jacobs & Cushman San Diego Food Bank, but more importantly those we serve, I want to thank you and the rest of the supporters in SDSU’s Interfraternity Council for hosting a holiday food drive this year,” Floros wrote.

Each fraternity competed for points, which were awarded for attendance, participation and the amount donated at each of the five events.

The week-long campaign kicked off with a fundraiser at Chipotle, which raised $288, according to IFC Secretary Sam Emami.

The next day, Dec. 11, IFC member fraternities came together to compete in a series of strength and agility events at an ENS Field Day, once again, earning points for attendance and participation.

To conclude the campaign, IFC held an open forum in the Conrad Prebys Aztec Student Union Theater. Bryce Evans, a speech, language and hearing sciences sophomore, said the IFC executive board answered questions from members on a wide range of topics from the social moratorium to the relationship IFC has with the university.

“The open dialogue shed light on a lot of questions that I had about IFC,” Evans said. “It made is very easy for myself and other members to ask questions and learn how IFC works.”

The IFC plans on hosting similar events in the spring 2019 semester, incorporating philanthropy with incentives in order to get members involved, IFC Vice President of Programming Kevin Fukushima said.

“We are in this growing process as a community trying to create a culture change,” Mahony said. “Raising money and food for a good cause, we felt, was a really big step for our community and something we want to build off of in the future … But a culture change doesn’t just happen overnight.”