Letter collection seeks to humanize immigration to the United States. 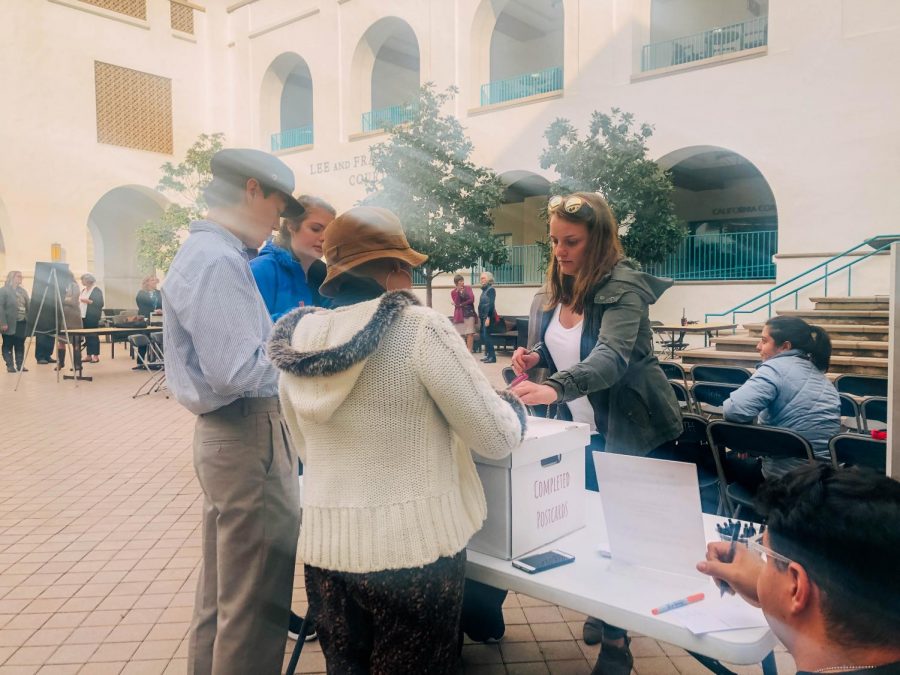 San Diego State students and faculty participated in a research project aimed at depicting the conditions detained refugees and migrants are living under in the Otay Mesa Detention Center. They received hundreds of letters from detainees, and are continuing to receive them weekly.

San Diego State students and faculty and members of the San Diego community formed Detainee Allies, a grassroots organization communicating with migrants and refugees through letters since July 2018. The detainees come from Latin American countries such as Honduras, El Salvador, Venezuela and Brazil, and even from as far away as Cameroon, Eritrea and China. The letters have been made available through a new SDSU library archive.

Sam Orndorff, a geography master’s student, said he decided to volunteer because human rights are something he cares about.

“For me, the bottom line is no one should be in detention for running for their lives,” Orndorff said. “And the majority of the letters, that is the case. They’re fleeing extreme violence.”

On Detainee Allies’ website, a few of these letters portraying  migrants’ lives are published. One of them is from Jesus M., a Mexican detainee who says he was fleeing Acapulco because of cartel violence. He claims he has been detained for nine months in Otay Mesa and doesn’t know anything about where his family is because he has been unable to get in touch with them due to the lack of change to make a call.

“I don’t have funds to buy coffee or soup (…) sometimes the food is no good and is sad (sic) going to sleep hungry,” Jesus wrote in the letter.

His letter is one of many depicting the conditions detainees are living under.

“We want to spread the word of what’s happening in this detention center,” Orndorff said.

The letters received led to a report that includes some of the migrants’ testimonies, as well as a list of mistreatments they experience.

From the letters received between July and November 2018, 49 described having contaminated or insufficient food, 16 reported forced labor and wage theft and 22 detailed medical neglect, according to the 22-page report.

“All of us detainees work in the janitorial department, yet we never receive our $1 per day salary. They just make us do the cleaning,” Bryan, one of the detainees, wrote in July 2018.

Communication between professor and detainee

In addition to receiving the letters, some volunteers were able to write directly to some of the refugees and migrants in the center. Geography assistant professor Anne-Marie Debbané was even able to visit a man who wrote one of the letters.

The man, Achiri Nelson Geh, is a detainee from Southern Cameroons — in the northwest part of the country of Cameroon — seeking asylum in the U.S. after he was forced to flee persecution on account of his participation in the anglophone independence movement. He has been detained for the last 21 months, held until he can accumulate $50,000 for a bond.

Debbané said after writing back and forth with him, he put her under his list of visitors and she was able to meet him face-to-face.

“It was really daunting the first time I went to the visitation center because it’s one thing to read about what’s going on, it’s a whole different thing to experience it,” Debbané said. “It increased my outrage at how people were being criminalized and incarcerated this way. And this feeling actually intensified more every time I went.”

She said one day at 5 a.m., she received a phone call from Geh, saying he was being moved from the Otay Mesa Detention Center, but that he did not know where he was going.

Debbané said Geh is now being held in a detention center in Alabama, but she still maintains communication with him.

“We are friends,” Debbané said. “It’s considered the kind of communication and interaction you would have with a friend. We’ve had video calls as well.”

The report has been sent to political leaders such as senators Elizabeth Warren, Kamala Harris and Cory Booker, and California Gov. Gavin Newsom.

“We want to humanize people who are completely dehumanized and marginalized in our society by telling their stories,” Orndorff said. “In a more radical and more broad sense, we want to decriminalize immigration so that it’s not a crime, and you should not be detained for seeking refuge or asylum or even seeking to improve your life, you should not be treated as a criminal.”