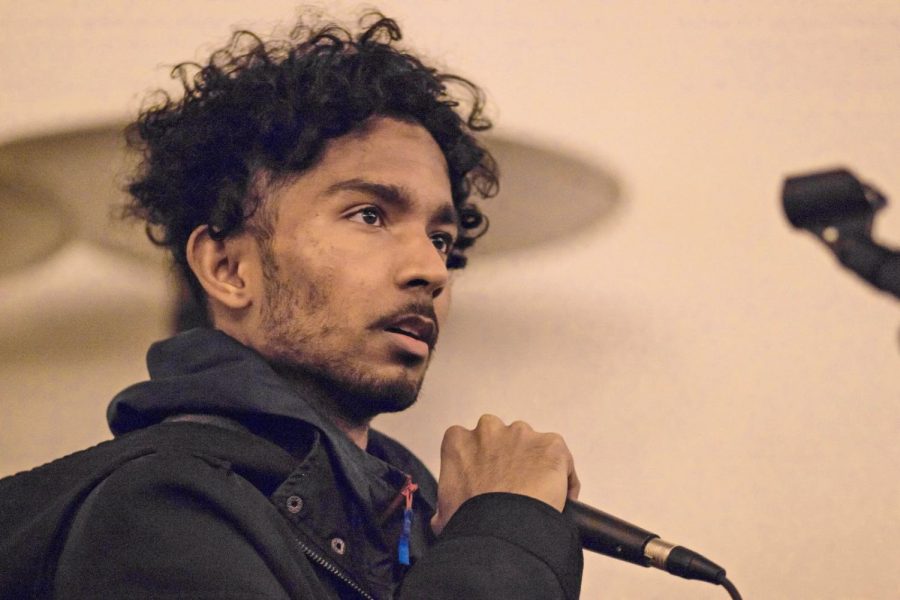 Public administration senior Josh Palmer communicates to his followers about his music via his Instagram, @jashupi_.

Joshua Jamal Palmer, artistically known as Jashupi, is a 22-year-old San Diego State senior who’s using his experiences with lupus to relate to and help others.

“Not everybody that suffers from lupus has the energy or the mentality to want to create music and provide a service for other people,” Palmer said. “I feel like I thought of this, so I might as well follow through with helping other people that suffer from the same things that I go through.”

Born and raised in San Diego, Palmer said he grew up listening to the music his parents played throughout the house, including artists like Bob Marley & The Wailers and Mariah Carey, and genres such as smooth jazz and hip-hop. He began writing lyrics in elementary school but became serious about producing his own music freshman year of high school.

Palmer studies public administrations at SDSU and said his goal is to use his degree to start a non-profit organization that provides opportunities for people who suffer from lupus and are interested in pursuing music.

Palmer said one of the main symptoms of lupus is fatigue, and that it can be difficult for someone who suffers from the disease to work long hours and countless nights in the studio perfecting their music—something that the industry demands.

“Dealing with lupus makes you more conscious of where your time is going, and how limited your energy is,” he said. “As much as I’d like to be good at time management, I’m working on it. And I do try to stay conscious of where my energy goes. You just have to know your body and know what sacrifices need to be made in order to reach your goal.”

Palmer said he likes to write songs that convey his present feelings about romantic relationships, where he stands in his music career and how he wishes he could be creating music at a higher level.  He said that while his music might not be for everyone, he feels his lyrics could resonate in pop culture.

With influences like Kanye West, J. Cole and Drake, Palmer said his songwriting process usually starts with looking up instrumental versions of popular songs or tracks he likes on YouTube and freestyle rapping from there.

Palmer said he gets help producing music from his friend, Roberto Martinez.

Martinez said his goal as a producer is to understand Palmer’s vision while they exchange ideas for new music and concepts. He described Palmer as a very dedicated and hardworking musician.

“His music is relatable as a college student with big dreams,” Martinez said. “What makes him stand out is his ability to experiment with melodies and new ideas.”

Palmer has had multiple opportunities to perform in front of live audiences at events and locations including open-mic nights at the Conrad Prebys Aztec Student Union, Oggi’s and LeStat’s coffee shop in Hillcrest. As a member of the Aztec Music Group on campus, he said he hopes to soon take on more performance opportunities.

Palmer emphasized the importance of putting effort into all ideas—even the ones that might not sound great at first.

“I’m pretty big on learning and constantly trying to level-up in terms of my songwriting ability and my appeal as a musician,” he said.

As for the future, Palmer said he hopes to someday hear himself on the radio and dreams of touring within the next five years.

His public music can currently be streamed on platforms such as Spotify, Apple Music and SoundCloud.

Palmer added that having lupus has taught him that suffering from a disability won’t grant favoritism in the music industry.

“Everyone is suffering from something so don’t waste time moping or pitying yourself,” he said. “Actually do something that will either make you feel better or make someone else feel better.”