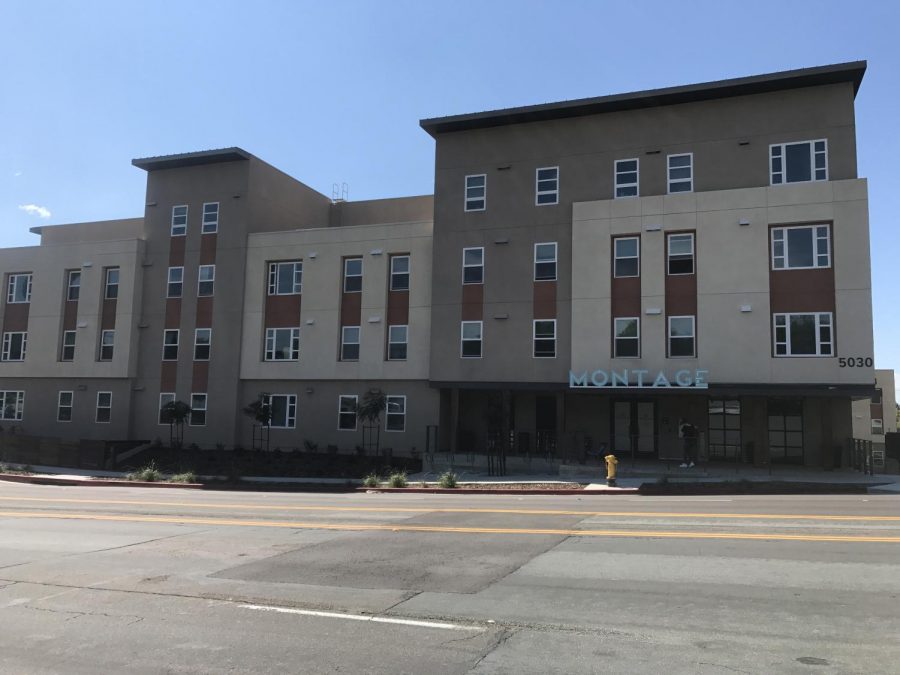 Montage on College was a new addition to the College Area’s housing stock last semester. It was built last year and opened to students this past fall semester, though is not owned by SDSU.

Upperclassmen got to experience the new building as a new type of apartment living.

Montage is different from the on-campus dorms at SDSU.

“It’s more of a community feel and definitely more geared toward the off-campus experience,” Sarah Harris, the community manager, said.

All students have their own rooms, unless they request a double. They get to pick who they live with and can have co-ed rooms. Each apartment has a kitchen and a living room.

Residents said the kitchens were a big deal because they didn’t have to be on a meal plan anymore, and one reported losing a lot of weight as a result of cooking at home.

“We don’t require you to check in guests, which gives you the freedom now that you are no longer (a) freshman and have to live on your own,” Courtney Mercer, a community intern at the front desk, said. “It’s a really good community. I really enjoy it in comparison to all of the other offered apartment-style buildings that San Diego gives.”

The new building also has its own gym, pool, courtyard and other amenities. But it doesn’t have live-in professors, a STAR Center or Residential Advisors (RAs).

“I love living in Montage, because everything is new, and the courtyard is my favorite part because of the fire, barbecue and spa,” business sophomore Kevin Snyder said. “The biggest difference from the dorms is having more freedom and having your own living room.”

There are students called Community Advisors (CAs) who replace the role of RAs. Mercer described them as being less hands-on, but still watchful for illegal activity. They host activities and events for the residents.

“The CAs aren’t in your business as much and there is more leniency,” biology sophomore Roni Johnson said.

The building is contracted through SDSU for the sophomore success program, which will require all sophomores to live in SDSU-affiliated housing beginning next year.

Sophomores aren’t the only ones allowed residency in the building. All upperclassmen can apply to live in. For residents who have cars, there is an underground garage available for a fee.

Another significant difference between the traditional dorms on campus and the new apartment-styled Montage is it doesn’t have learning communities.

In dorms, students are sometimes separated by major and other interests, but Montage doesn’t take students’ majors into account.

Montage has 307 residents for the spring 2019 semester, according to Harris. She also said Montage is already 92 percent preleased for next semester, and there are only doubles in a three-bedroom apartment left.

When Montage’s applications opened on the first day, there were almost 200 applications, Harris said. Students are given spaces by a first come first serve basis.

Montage was  supposed to be open to students on Aug. 18, 2018, but it was delayed a week because of construction. Because of the late move in, it had to place 90 percent of the students in hotels.

Students were also given daily credit for services such as Uber to get to and from where they needed to be.

A previous version of this story incorrectly identified the companies that own and manage Montage on College. The Daily Aztec regrets the error.