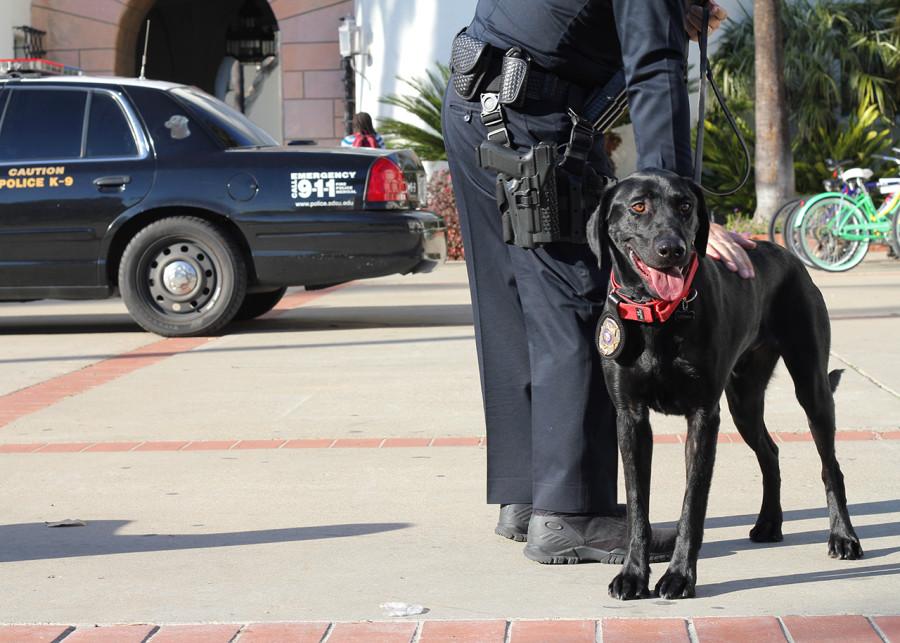 Within the last two weeks of February, three robberies took place in the College Area.

The incidents kicked off on the night of Feb. 20 when two people were robbed at gunpoint on Montezuma Road near 55th Street. University police spokesperson Raquel Herriot said SDPD has since recovered a gun and have identified possible suspects. However, since this is mainly an SDPD case, SDSUPD cannot disclose much information because they do not discuss the nature of investigations outside their jurisdiction.

Early on Feb. 23, a victim sustained two injuries after being robbed of their phone on the 5600 block of Faber Way. This is also an SDPD case, but SDSUPD detectives are helping to assist in the investigation.

Then, most recently, a victim was robbed of their wallet at gunpoint by two suspects on the morning of Feb. 28 on the 5500 block of Montezuma Road. This investigation is currently ongoing.

In light of this increase in College Area crime, Herriott said SDSUPD is working alongside SDPD in amping up resources.

“So the biggest thing is really working with San Diego Police Department about what we can do together, how we can work together, to deploy additional patrol units to the areas of concern,” Herriott said.

SDSUPD is also offering a personal safety and awareness workshop intended to teach self defense with Cpl. Mark Peterson. There are currently no scheduled dates, but, those interested can email Peterson at mpeterso@sdsu.edu.

Herriott said SDSUPD has received feedback from the community about officers having an absent presence on campus. However, she said just because the police are not seen, does not mean they are not there.

“(Officers) could be in an unmarked vehicle, but I really want to stress that our officers are doing everything that they can and we do conduct 24/7 patrol on campus,”Herriott said. “Come Christmas, come New Year, come any holiday, we’re here. It’s 24/7. It doesn’t stop.”

“(Education) as far like when to go out, what to do, what not to do, maybe in just getting people to travel in groups, maybe to stay in well-lighted areas, maybe just in that sense,” Smith said.

Nursing freshman Alyssa Umemoto said she doesn’t feel as safe at night as she does during the day.

“Maybe at night, maybe have more officers around,” Umemoto said. ”Or maybe have stuff better lit so it’s not so dark out.”

Herriott said university police are trying their best to encourage the community to report suspicious activity to make sure the community stays safe.

“We want our community to know: stand up tall, keep your phone in your pocket if you can, stay alert and just walk constantly with a purpose and that is the best way to kind of mitigate any type of crime or harm toward an individual.” Herriott said. “It’s never of course guaranteed but that is really what’s going to help because we know that people do look for individuals that aren’t paying attention.”