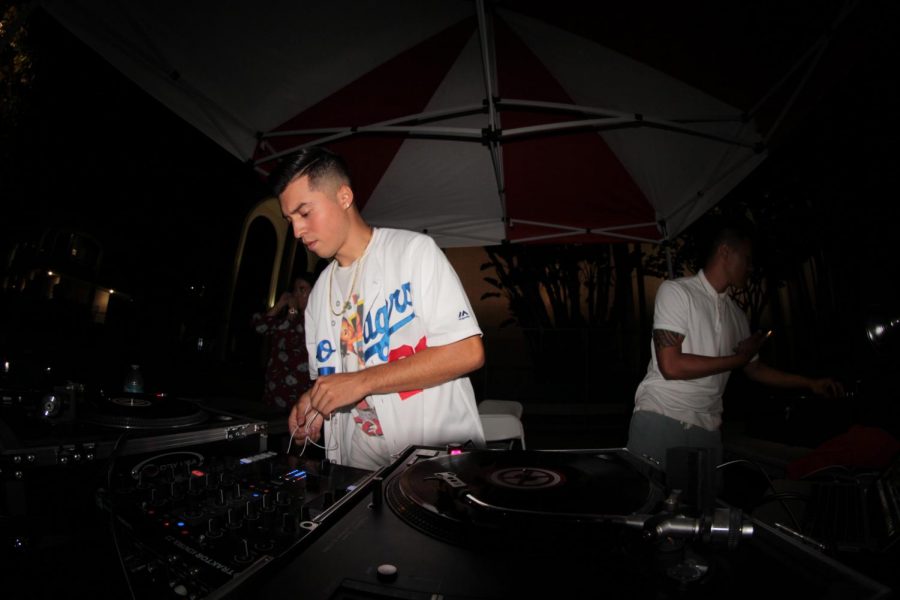 Public administration senior Matthew Nungarai DJs not just to entertain, but to influence.

“He was a participant at the DJ battle we were putting on, and I was a judge,” Aleksey Zeltser, a San Diego State alumnus who helped create the Aztec Music Group that put on the competition, said.  “I really liked his mix. He didn’t win that competition. After some time passed though, he hit me up on social, and asked for pointers.”

Zeltser said Nungarai showed him some of his work, and that they’ve been friends since.

Nungarai is influenced by a variety of genres, ranging from rhythm and blues, to ‘90s and early 2000s hip-hop. Originally from Los Angeles, Nungarai came to SDSU as a freshman, and while he admits his public administration major is a backup plan, his main passion is DJing and producing music.

“I didn’t know anyone from the competition,” Nungarai said of the DJ battle. Zeltser, who has been in the music production business for 12 years now, said he was a shy student himself when he attended SDSU, and Tita Gray, Assistant Dean for the College of Business Administration during the time the group had been founded in 2015, had been working with Zeltser to create the Aztec Music Group organization on campus.

“I saw how hungry he was,” Zeltser said of Nungarai. “He inspires me. He’s always looking to improve himself, and he’s always looking into new ways of being creative, and to be the best possible version of himself.”

Nungarai credits the Aztec Music Group for helping him understand both the creative and business sides of music.

“For people who are trying to get into the music industry, they really try to provide a place where artists can collaborate,” Nungarai said, adding that he has met some influential people who have helped him learn a thing or two.

“It all depends on the crowd,” Nungarai said of DJing. “I personally like playing songs I haven’t heard in years.”

For the most part, he admits he keeps DJing mostly under the radar, so that he can continue to learn.

He said his creative background has often led him to perform for people, and music is another outlet to reach others.

“I was originally a dancer, and then I transitioned more into music,” he said. “I just want to reach out to people, to inspire people to try new things, and to have my sound heard.”

In the years Zeltser has been in the music business, he’s found a lot of artists have egos, but not Nungarai.

“He doesn’t really have an ego, and that’s rare to find in an artist,” Zeltser said. “He just wants to progress, collaborating with others, and I really admire that about him.”