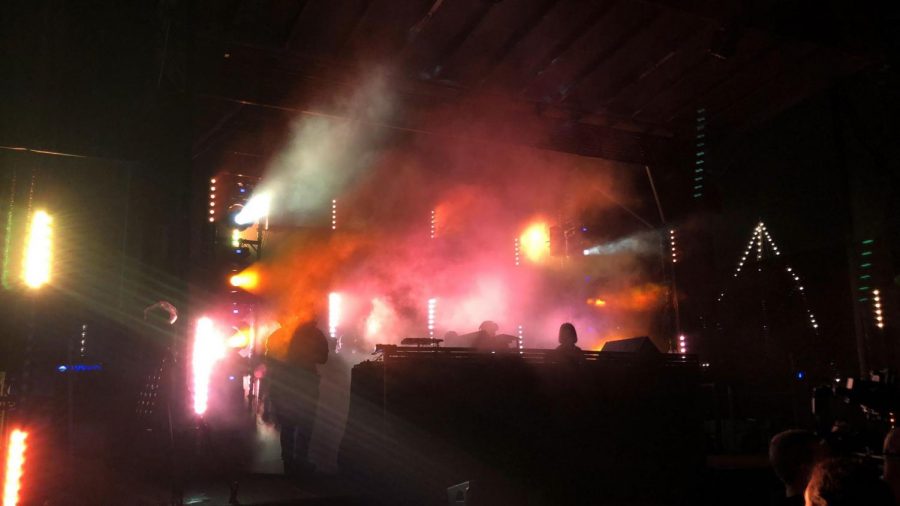 Since its first iteration in 2015, CRSSD Festival has provided the city of San Diego with some of the best of the best in electronic music, across three stages varying in styles and types of performances.

This year, everything from a classic DJ set from world-renowned Armand Van Helden, to a completely live performance by Stephan Bodzin is available at Downtown San Diego’s  Waterfront Park during this festival, which took place March 2 and 3.

“It was super dope to see all of the people that came Saturday weren’t scared of the rain, which barely even came, and were there because they really loved the music,” he said.

Justin Martin and Lane 8 both played at the Palms stage Saturday night, with British artists Rory Philips, United States festival debutant Mella Dee, and The 2 Bears warming up the stage nicely for the acts to follow.

A highlight of the The 2 Bears set, who usually play live as the band Hot Chip, was when the group played the new Chemical Brothers single “Keep On,” which samples the famous monologue from “Blade Runner,” “And the rain comes down like tears,” perfectly setting the mood for a rainy and cloudy day.

Another peak moment of the festival was a performance by DJ Rebekah, who is lauded for her high energy techno music all across the world.

The other acts that performed at the City Steps stage after Rebekah invigorated the crowd were Maetrik, an alias of the artist Maceoplex when he performs live sets, and Stephan Bodzin, who closed the festival on Saturday night in an absolutely cinematic fashion, with analog synths at his disposal to please the crowd in attendance.

Sunday had much better weather, with the sun peaking out early for DJs like Fort Romeau, Waze and Odyssey and DJ Seinfeld, who all brought great energy and high-powered performances. The clouds came back when Terminal M label boss Monika Kruse got the crowd going, setting the tone for standout performances from Drumcode regular Enrico Sangiuliano, and Berlin-based Pan Pot.

To close out the weekend, Odesza headlined the main stage and Solotoko label boss Sonny Fodera brought the party on the Palms stage, with Digitalism playing a live set after.

However, the perfect way to end the weekend was the thrilling closing set from the Martinez Brothers, who wanted to keep going past the 10 p.m. curfew, and closed its set with a rendition of the Bee Gees’s “You Should Be Dancing.” Even though that song was recorded in 1976, it fit right into the dance music scene in 2019.