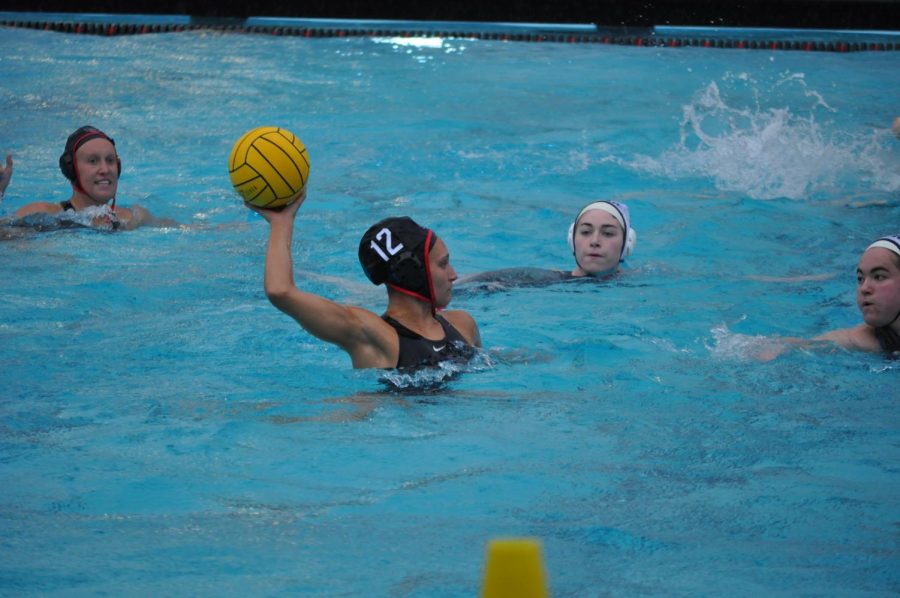 When a team is down by five early in sports like baseball, water polo or soccer, it does not give the team the best chance to win.

Despite cutting the lead to one twice, the home team could not find a way to overcome the early beating.

Final score was Tigers 8, Aztecs 6 on March 19 at the Aztec Aquaplex.

Head coach Carin Crawford said it was difficult to pull off the victory.

“Bottom line, you can’t spot a team a five-goal lead and expect to win,” Crawford said. “We mounted a nice comeback; I thought we put ourselves in pretty good position to tie it up.”

The Aztecs would not go down easy.

The Scarlet and Black (8-11, 1-1 Golden Coast Conference) turned things around getting three goals in the second period without allowing Princeton (14-6, 2-0 Collegiate Water Polo Association) to score once.

Heading into the second period, Crawford told the team to change its mental approach more than its strategy and physicality.

“It’s really difficult to feel like it’s not about tactics and X’s and O’s– that it’s about fighting and digging deep and competing and playing harder,” Crawford said. “(It) kind of hurts your pride to feel like we came out soft.”

Crawford said how sophomore Emily Bennett played well and could have added even more to the stat sheet.

“Emily was awesome and she also had a couple of good attempts late, really close in (where) she could’ve had five goals today,” Crawford said. “She drew penalties, she drew kickouts, so her performance was outstanding. It makes me sad that we can’t say that we have a win to show for it.”

Bennett, whose three goals were a game-high, said when her team was able to turn things around.

“Once we started getting the momentum, I started becoming more positive,” Bennett said. “I know I could have done better, I could have made more. I start to think, I should’ve made that instead of brushing it off my shoulder and going for the next (opportunity).”

The Scarlet and Black hit the road for two GCC games with Loyola Marymount on March 22 and California Baptist the following day.

Crawford hopes the team can turn things around as they take the trip up to Los Angeles.

“We have rethink how this sets us up for these next two games,” Crawford said. “We really had to have a serious gut-check about our desire and courage to fight, so that’s what is going to be what we can take (from this game). We know we have it in us, it’s just bringing it all four quarters.”