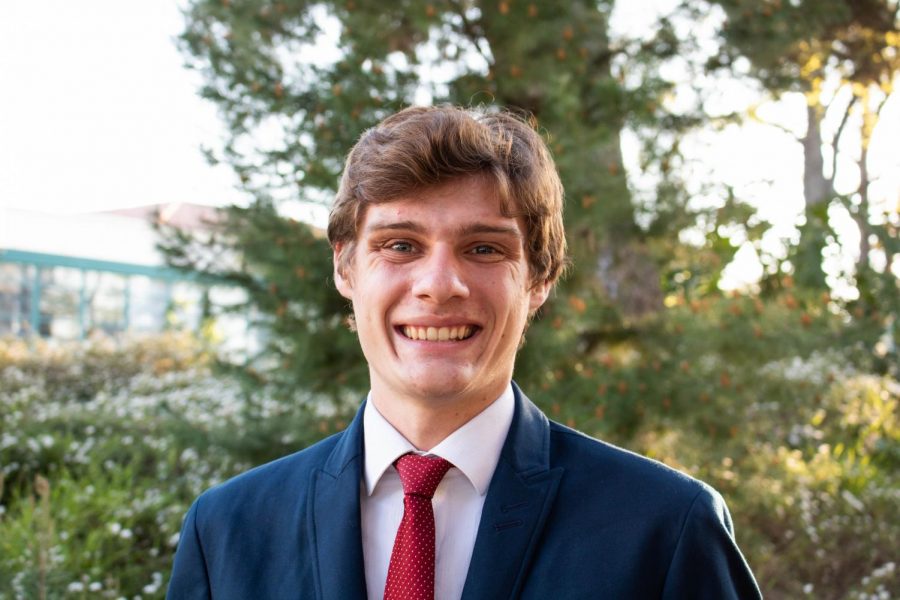 “I decided to run because I truly am passionate about what I’m doing. I’m passionate about serving the students of the school, and I really love being in Associated Students and serving in these capacities to help better our school in any way I possibly can.”

“Within Associated Students, I’ve been the student support commissioner for two terms. Before that, I was the food pantry and resources coordinator. I’ve presented on behalf of SDSU up at the Basic Needs Conference up in Sacramento, representing SDSU and kind of learning what other schools are doing, bringing that back here and then teaching them what SDSU is doing. In addition, I sat on the Campus Life Council in my role as the student support commissioner. And, I’ve been on the Aztecs Rock Hunger leadership team for two years, and that’s a major part of the role of vice president of financial affairs.”

“One thing I like is that I really feel like the people who are leading in the school genuinely do care. I feel that the majority of the people that are sitting in these roles are in these roles for the right reasons and are trying to make a change. Something I dislike is I think that sometimes a lot of students in general, including A.S. leaders, can get very overcommitted, and when they take on too many responsibilities, that can kind of bog them down. But, it’s just because they’re trying to do as much as possible to be as best as possible and do the most good but in turn, they’re not able to accomplish everything that people want them to.”

“First of my top three priorities is to strengthen the general understanding of A.S. funding. A.S. funding is confusing, anyone who’s ever dealt with it I think can see it’s kind of a confusing process. So, I will try my best to simplify that so that people and organizations can better understand it. In addition, I hope to work with our basic needs initiatives and supporting programs to help expand and continue the growth of them whether that be working with the food pantry and other things like that or something as simple as trying to help commuter and low-income students who are commuting to our school who may not be able to afford something as simple as a parking pass which is necessary to come to our campus. Then, lastly is definitely continuing on with our legacy of running a record-breaking food drive on this campus. I’m really proud of the fact that last year we raised 590,000 pounds of food and I would like to break that record again.”

Interviews have been edited for clarity and brevity.