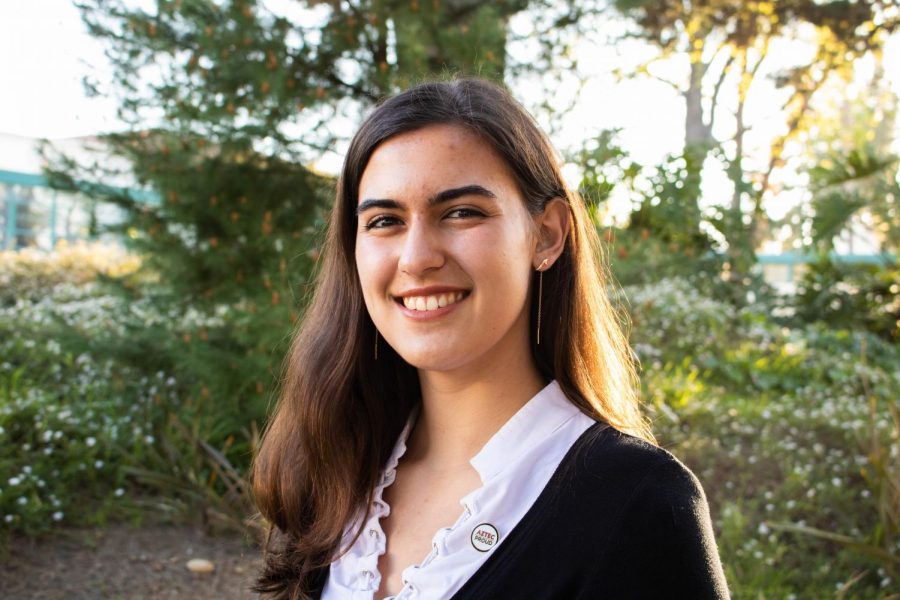 “I am running for president because I want to leave my own impact on San Diego State. I feel that, while it is a great school already, there are still a few things that can be improved. I also would like to give a voice to the people who don’t necessarily have the opportunity to give their own voice. So in a way, put them a little higher on a pedestal since I myself will be in a position of power.”

“My most recent leadership experience is in the SDSU Marching Aztecs. I was sousaphone section leader this past year, and in the SDSU Pep Band, I was the lead bass guitarist. Most of that gave me a lot of management skills and a lot of general people skills, which already come with being a communications major. I have been a part of KCR College Radio. I have been a part of a student run, nonprofit organization called the Muskwa Club Incorporated. Their focus is primarily on saving the Vaquita porpoise. I have been the president of the international chapter as well as my high school chapter and I am also the collegiate divisional vice president representing SDSU.”

“Currently I would like to bridge the gap between the privileged and not so privileged because I feel that I know the struggle since I grew up in a low-income, single-parent family. I feel like I am here to represent the people who do not necessarily have the means or economic benefits to actually stand for what they believe in. I want everyone to know that taking up a position of power is something that anyone can do. I want to bring the campus together because I feel that recently there has been a divide.”

“Improving student quality of life, which entails mental and physical health, celebrating diversity and not just hearing but also listening.”

Interviews have been edited for clarity and brevity.