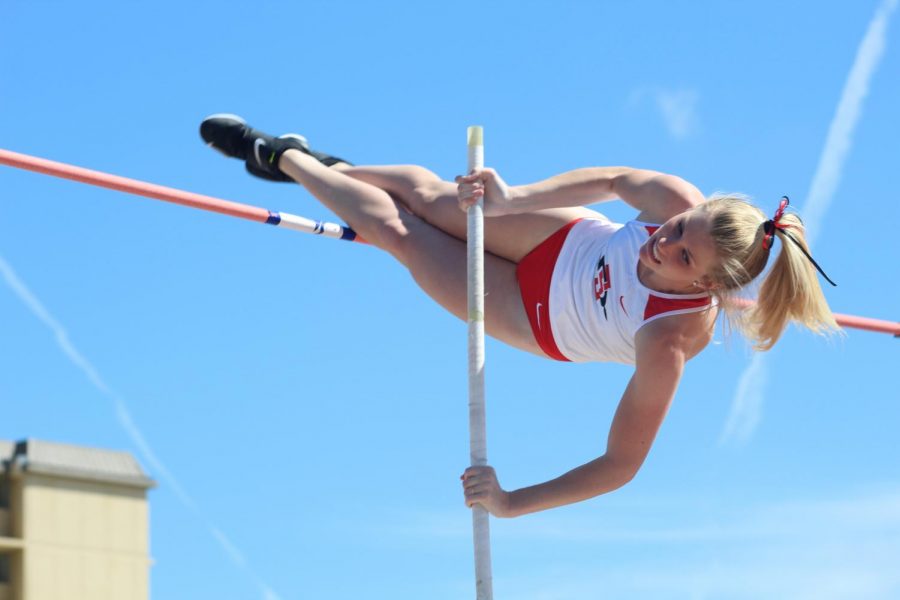 The three-day event marked the beginning of the outdoor season for the Aztecs and welcomed athletes from over 100 schools and teams; ranging from local high school teams to national teams such as Brazil, China and Qatar.

“The meet itself is a major attraction for elite athletes,” SDSU head coach Shelia Burrell said.

The Aztecs finished with 28 top-three placings, including 13 first place finishes. Many of the top finishes were achieved by underclassmen.

“We’ve got a good young team,” Burrell said. “There are a lot of freshmen and sophomores, but the girls, they work.”

SDSU freshman Nyjari McNeil placed first in the 400-meter dash with a time of 54.43 on Friday, and then made history on Saturday with a SDSU freshman record time of 2:07.20 in the 800-meter dash.

McNeil said setting a new personal-best came as a surprise.

“I wasn’t really expecting to run a (personal record) because this is just to get a feel for how I am right now,” McNeil said. “I’m really optimistic. This gave me hope that I can run qualifying times for nationals this year.”

NCAA runner-up Bonnie Draxler finished at the top of the pole vault pool after reaching a height of 4.32 meters on her second attempt. Brazilian vaulter, Juliana Campos, gave Draxler a run for her money, but fell just short on her final attempt.

The pressure was on SDSU to host a meet where athletes from across the globe were in attendance. Meet director Rick Reaser said he took it upon himself to provide a meet that reflects SDSU track & field.

“As a part of having a very good program, we need to have a very good meet to support that program,” Reaser said. “It’s a great place for people to come together.”

The overall feedback was positive from the athletes. University of Oregon junior Dalen Hargett set personal records in almost all of his decathlon events, and said he enjoyed his time at the Aztrack.

“It’s pretty great, it’s laid back I think it’s ran well for the most part,” Hargett said. “The officials have been great, everyone has been great.”

Paulo Camilo, a sprinter for the Brazil national team,  returned for his second outing at the Aztec Open & Invitational. He said, through a team translator, he was pleased with his experience at the event.

“It feels strong, strong competition, but I like the people and the energy of the track,” Camilo said. “In Brazil, only the athletes enter the stadium, here there are more people to watch and cheer.”

The Aztecs will continue their season next weekend at the UCLA Legends Invitational in Los Angeles on March 29.