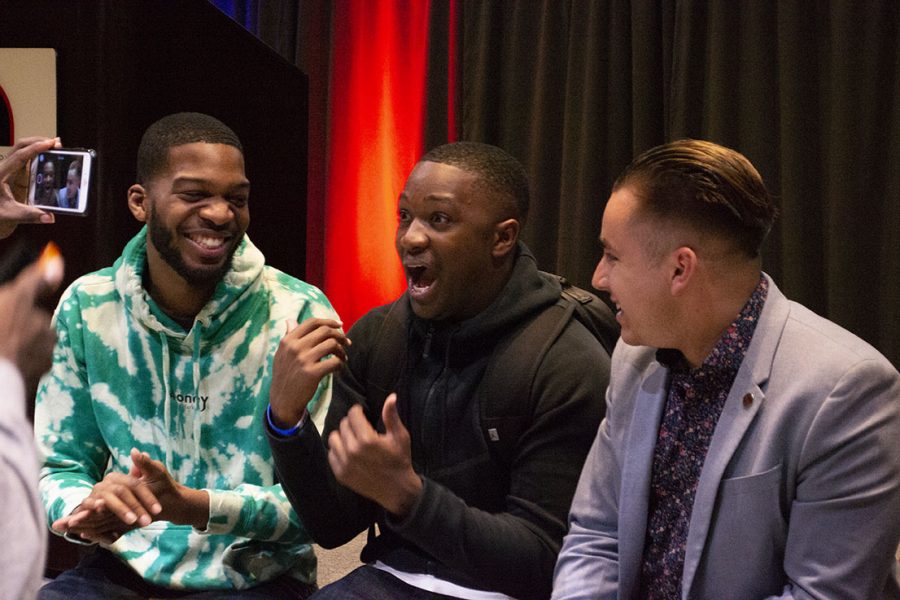 The Vote SDSU slate claimed victories in all five executive positions in this year’s Associated Students elections, it was announced Thursday night.

With 3,561 votes cast in the A.S. election, student voter turnout totalled 12.6 percent. This marks the second consecutive year turnout numbers have seen a decline, dropping from 15.1 percent in 2018 and 20 percent in 2017.

Vote SDSU faced challengers in four executive races. Current vice president of financial affairs Onwuka, who ran unopposed for his current position a year prior, faced opponent Mariya Nadberezhna for the presidency. Onwuka defeated Nadberezhna 3,013 to 548. Onwuka said his slate “worked their asses off” throughout the campaign.

Blaylock was opposed by Christian Holt for executive vice president. While Blaylock defeated Holt by a 262 vote margin — 1,907 to 1,645 — Holt said he believed it would no longer be necessary to run on a slate to win.

“I think this campaign really set precedent for independent candidates in the future,” Holt said. “I honestly don’t think running on a slate is necessary anymore.”

Holt vowed to continue to fight to redefine SDSU and build allyship between underrepresented and represented communities on campus.

The race for vice president of external relations was also contested by a Vote SDSU slate challenger, Stephanie Estrada. Espinoza defeated Estrada by a 2,019 to 1,323 vote. Espinoza said the election was contested by “mature” candidates compelled to serve students.

“I think in all of my years working with the elections committee and within the inner workings of A.S., this is the least problematic one,” she said. “There were folks who really wanted to do good for students and weren’t focused on the nasty parts (of campaigning).”

Scott defeated challenger Winston Liew for the position of vice president of university affairs by a 2,426 to 959 margin. Scott said he was “completely in shock” about the results but was also confident his slate would be victorious.

“I know how much my team has done for the school,” he said.

Scott called his opponent “one of the loveliest guys” he knows and said the competition this year enabled the student body to make their voices heard.

“The fact that we were contested is great,” Scott said. “It gives the students a chance to actually get the representation they want.”

Adkins was the only candidate who did not face a challenger in his race. He said despite running unopposed for vice president of financial affairs, he shared his slate’s emotions over the uncertainty of the election.

“I was feeling anxiety, fear and nervousness because they all deserve this just as much, if not more, than I do,” Adkins said.

Adkins also praised the slate’s hard work throughout the election.

“I’m so proud of the way we ran this race,” he said. “My team deserved to be here and deserved to win.”

Espinoza said the next step for the slate “kick start (their) ideas.” Onwuka echoed the need to fulfill their campaign promises starting now.

“Day one, we’re getting to work,” Onwuka said. “Now it’s time to stay true to our words.”