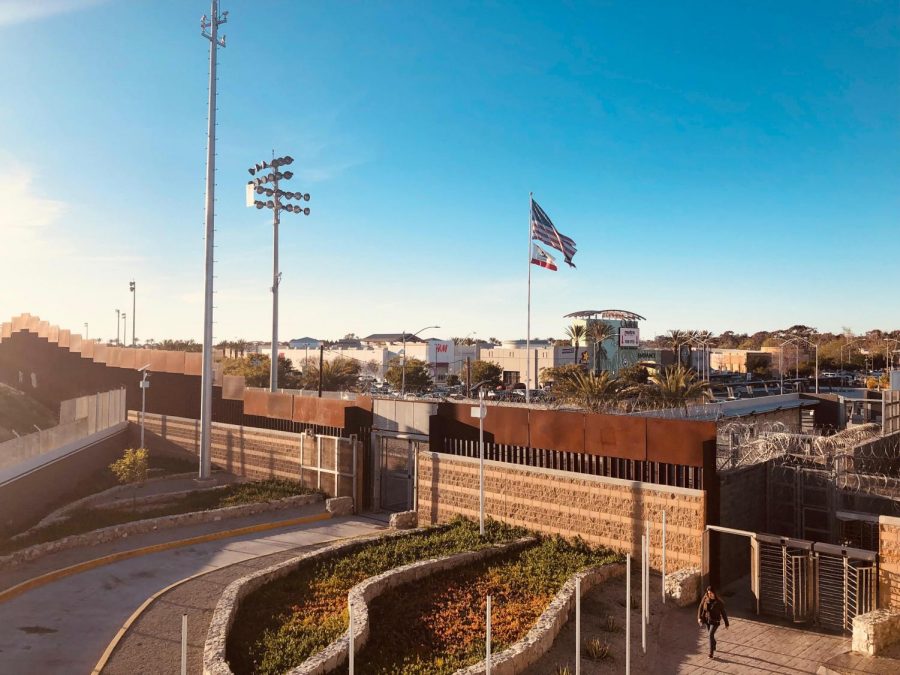 The United States-Mexico border is a catalyst for both commerce and culture in the San Diego region and throughout Southern California, yet it has never been more misunderstood than today, according to “Only Here,” a new podcast from KPBS.

Hosted by Alan Lilienthal and produced by Kinsee Morlan, the arts and culture podcast is sharing stories that could only come from a border town.

Morlan and Lilienthal, along with their crew, have already released four episodes since the podcast’s debut on March 20, all of them about individuals inspired by the beauty, struggle and creativity that emanates from the border.

“When we set out to make this podcast, one of the things we decided early on was to create a real sense of place,” Morlan said. “People who don’t live here, or even some people who do, especially on the San Diego side, can have ideas about the border that are vague and powered by the headline news.”

“Only Here” will introduce listeners to the art and culture that is directly influenced by the separation and collision of two cultures, Morlan said.

In the latest episode released April 4, piñatas are the main focus. Specifically, piñatas artist Diana Benevídes creates as sculptures to provoke conversations rather than for parties.

Benevídes grew up on both sides of the border, living with her parents and brother in Tijuana as well as with her grandfather in Chula Vista, Lilienthal said on the podcast.

“Only here can you find a San Diego artist packing piñatas with political messages instead of candy,” Lilienthal said.

The other three episodes released so far repeat the same message that only in San Diego will one be able to hear the story of an undocumented photographer capturing his experience, a composer and poet brought together to document a child crossing in words and music and a community celebrating traditions from across the border.

The process of finding these stories and sharing them with listeners is very collaborative, Morlan said.

Before she and Lilienthal can begin work on interviewing subjects for a story, extensive background research and in-the-field interviews must take place, often requiring the crew to cross the border into Tijuana.

After conducting the interviews, Morlan must then piece together the show, incorporating Lilienthal’s narration. Then, technical producer Emily Jankowski puts the finishing touches on the episode before it is approved and later released, Morlan said.

As the podcast continues, listeners can expect to listen to episodes focusing on other forms of expression and culture from the punk scene in Tijuana to the group of Ocean Beach “gringos” who cross the border to watch the Xolos de Tijuana compete.

“I think (the podcast) is going to be diverse, and we’re open to ideas,” Morlan said. “If anyone wants to pitch us we’re very open to creating this podcast as we go.”

New episodes of “Only Here” are released bi-weekly on Wednesdays, and the podcast is available on Spotify, iTunes, Google Play, as well as other platforms. Audiences can also listen on the KPBS website.