The Daily Aztec • May 1, 2019 • https://thedailyaztec.com/94508/artsandculture/ucla-professor-lectures-on-asian-pacific-islander-research/ 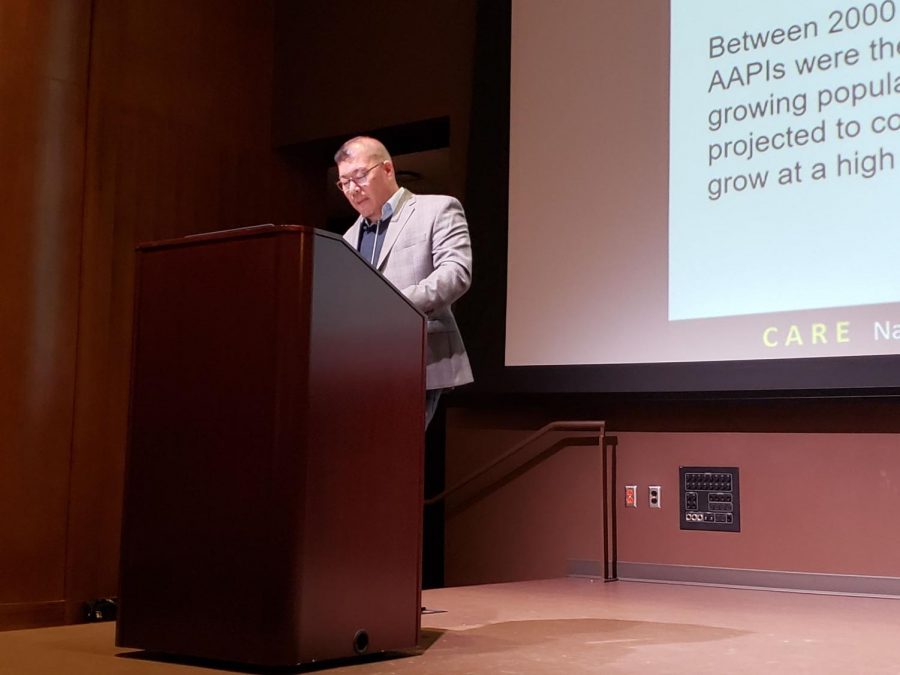 “A lot of times (colleges) say ‘oh look at all the minority students we have on campus; we are so diverse’” Dr. Teranishi said. “But, there’s a difference between enrolling students and then actually being able to serve them.”

Dr. Teranishi said his research sought to gather data on API students in a college setting. He said the purpose of his current experiments are to find the problems that API students face, which are unique to their race and cultural background. After publishing his findings, he said he wants to then be able to take the data and use it to contend for changes in school and UC system policy to allow APIs to overcome obstacles they might face in their educational career.

Although API Heritage month is in May, coordinators of the planned events said they decided to celebrate early due to SDSU’s semester ending May 16. Dr. Koko Nishi, a psychologist at SDSU’s Counseling and Psychological Services, whose interest lies in mental health, said she talked to multiple students in undergraduate-led API campus organizations. She said they have been expressing a need for a center where they can freely express their identities and find resources which help them with challenges API students face.

“This is all student-led and student interest: undergrads, graduates, staff that have been interested,” Dr. Nishi said. “I feel like we’ve all been separated on campus and it’s hard to come together in community, and I felt like that was missing.”

Dr. Nishi said she noticed when other events on campus had marches or events to support marginalized communities, API students were often absent. She said she believes this is due to the fact that the API students on campus don’t come together and explore the issues they face as a community as much as they should. She said she believes a big part of the uncertainty comes from not being in an environment which addresses the issues — something she said is a big problem.

Dr. Teranishi said, based on his research, some of the hardships API students face include feeling marginalized as an API identified student. Other findings, he said, suggest API students are not properly grouped and are generalized — which in turn, does not make it effective for the people in API communities to fully address the obstacles they run into.

Psychology senior Hannah Regal said she is glad Dr. Teranishi took the time to come to SDSU and advocate for API students. She said she believes the issue is a problem which will be solved by the campus community itself.

“I think it’s cool and a relevant issue to talk about,” Regal said. “Hopefully it will bring more awareness to the issue and encourage students and faculty to take more action.”