The Daily Aztec • May 1, 2019 • https://thedailyaztec.com/94512/artsandculture/aztec-music-group-releases-eclectic-album/ 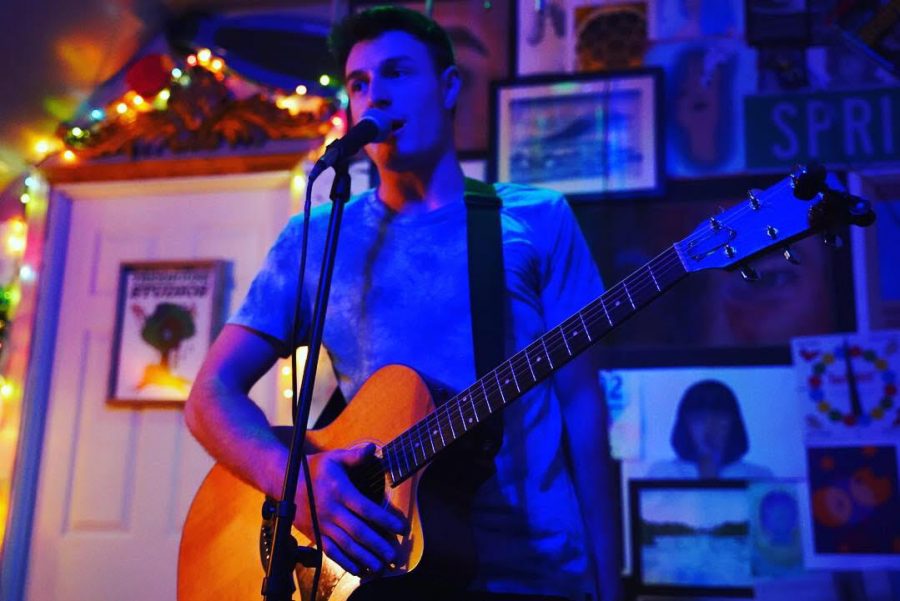 Aztec Music Group has a knack for bringing people together. Nowhere else at San Diego State allows space for such an eclectic collection of musicians and artists coming together to work on a single album.

Aztec Music Group’s diversity and commitment to fostering creativity among its members shine through in group’s most recent album release, “The Backdoor, Vol. 3: Unlocked.”

The album aims to excite and takes listeners on an emotional journey spanning genres such as lo-fi EDM, acoustic and rap, featuring over 14 artists across 12 tracks.

For the past three years, Aztec Music Group has released an album in the spring, giving members a taste of what they might experience later on in their careers.

“The goal of the album is to give artists real-world experience releasing music,” business junior and Aztec Music Group Executive Vice President Delfina Glover said. “We are trying to move AMG towards more of a record label feel.”

For business sophomore Zach Brosi, the album was an excellent opportunity for him to dive deep into the resources Aztec Music Group provides its members after joining this semester, as well as explore his sound, he said.

Brosi’s song, “Freefall,” is the first track featured on the album and greets listeners with Jack Johnson-like acoustic melodies, and his breathy vocals compliment the beachy electric guitar that features prominently in the song.

“When I was choosing the song I wanted to submit, I asked myself how I wanted to be represented on this project,” Brosi said. “There are a lot of different artists, and they all have their unique sound. So I figured, it would be cool for me to have an acoustic guitar in there because it would make me a little more different.”

The song is the product of collaboration with his friends from back home in Chicago, who worked on it over winter break, bringing together a saxophonist, trombonist, drummer and bass player, and the lyrics were inspired by sunny San Diego and being back at SDSU, Brosi said.

The second song on the album is a moody, lo-fi EDM ballad produced by junior music major Ben Watson, and his sister Sarah Watson who attends UC Santa Barbara.

“Can Only” is atypical from Watson’s usual sound, which is more uptempo, and is a long-awaited collaboration with his sister, who provided the lyrics and vocals for the track.

“This is my first time working with a more chill, slower type of like future bass,” Watson said. “I’m a future bass producer, and a lot of my mixes don’t sound like (“Can Only”) at all. They’re very uptempo, very big and in your face.”

This departure was in part the result of the involvement of Watson’s sister, whose own musical style aligns with that of “Can Only.” However, Watson said the collaboration was not forced, despite his sister not having experience with creating an EDM track.

“Her music is mostly acoustic guitar, kind of like alternative. So she was kind of out of her comfort zone,” Watson said of his sister. “Her voice sounds amazing, and I couldn’t imagine anyone else doing it.”

“The Backdoor, Vol. 3: Unlocked” is available on Apple Music, Spotify, and Amazon and can be purchased on iTunes as well. All proceeds earned from royalties will be donated to the nonprofit MusiCares, which assists musicians in need.