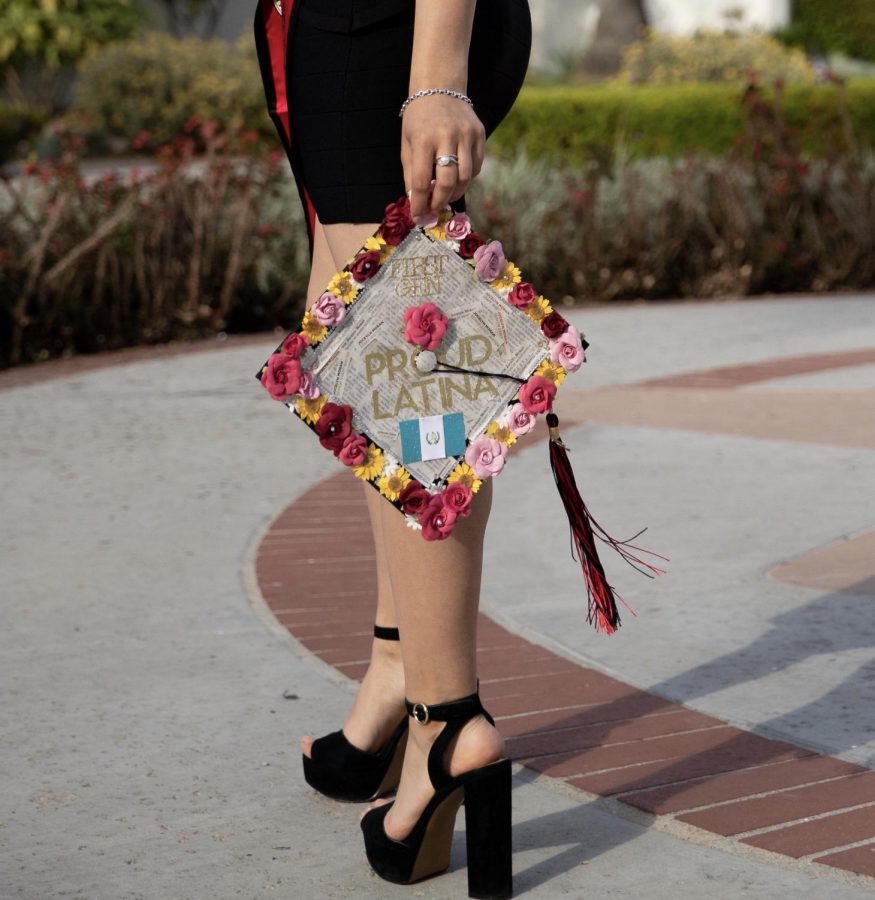 Sleepless nights. Lack of appetite. Minutes spent staring at a blank wall thinking about what happens after the next two weeks and four days. That’s what I’ve spent doing the last couple of weeks, and it sure has been draining.

Two weeks and four days. That’s how much I got until I graduate, and I still can’t figure out how that’s even possible.

For the last month, the happiness and excitement I should be feeling to graduate after four years in college hasn’t made the list of emotions I’ve experienced. Instead, it’s anxiety about what happens next.

And I think it’s because that’s how it’s been since I can remember. You’re supposed to follow the steps you were taught. You graduate high school, you go to college. You graduate college, you go to grad school or you get a job.

The feeling of having a sinkhole in my stomach sure hasn’t been fun. It’s filled with doubt and fear, and that can sometimes cloud the confidence I had a couple of months ago. On top of that, I’ve also been trying to avoid the thought of maybe not knowing what I want to do after college. And I’m graduating, so aren’t I supposed to know already? I sure thought I would.

I love journalism, and I don’t regret picking it as my major. I chose it because it has the power to make a difference. But it’s very possible that I may not get the most ideal job right after I graduate, and I realize that’s okay. Not knowing exactly what you want to do or where you will end up is alright.

The thought of not being in a classroom learning anymore is kind of scary to me. But hey, I’ve thought about law school, and that sure is still on my list of possibilities. Traveling is also there, if  I can conquer my fear of planes. Spending time in Guatemala to better my Spanish-speaking skills is also there.

There are a lot of things I want to do, but I’ve been a planner. I’ve always had the next step mapped out and ready to go. And in the meantime, I’ve forgotten about the other things I’ve wanted to do outside of my career. Maybe it’s time to do one of those things on my bucket list? Or maybe I will land a job? A couple of days ago, thinking like this would have given me so much anxiety. But now, I think not knowing about your future is okay.

The pressure I have been putting on myself isn’t working out anymore. So I’ve decided to stop worrying about the things that are not in my control. I took my graduation photos this past weekend because I have to get those invitations out, and seeing those photos sure gave me the confidence I needed to be reminded of.

Graduation is supposed to be exciting. You’re supposed to look forward to having your family celebrate your accomplishments with you, and spending time worrying about the unknown is taking away from that. The sleepless nights I spent studying, the countless hours I spent working on stories and the challenges I had to overcome were not for nothing. They got me here, and that counts for something.

So, instead of being obsessed with knowing what the next chapter in my book is, I’ve decided to enjoy not knowing. And this could totally change tomorrow — I could be freaking out again, which is one of the reasons I’m writing this: I need to be reminded about what I’m writing right now.