The Daily Aztec • May 8, 2019 • https://thedailyaztec.com/94670/artsandculture/senior-farewell-julianna-ress/ 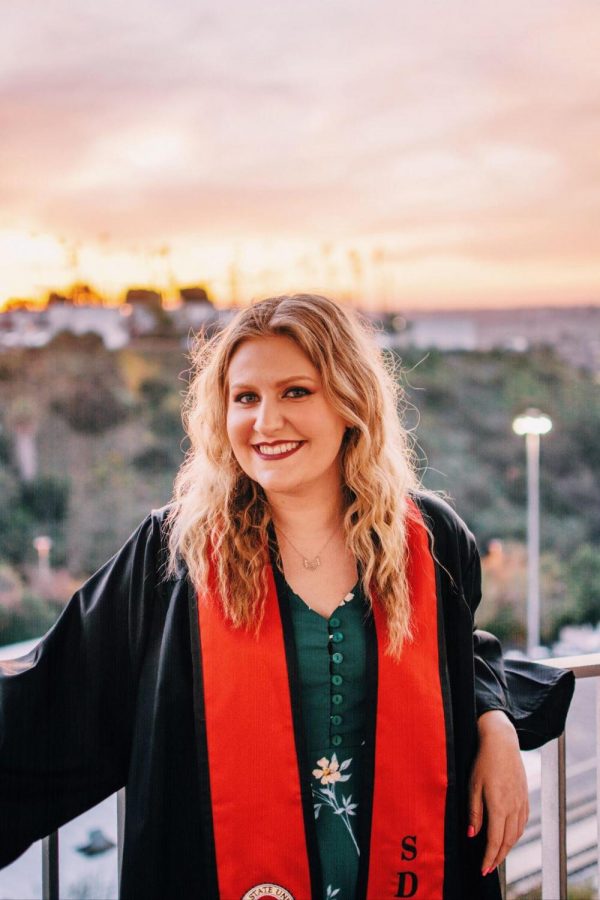 When I started at San Diego State four years ago, I had no idea writing about pop culture could lead to so many opportunities. For that I have to thank my editors who guided me and allowed me to fangirl over “Twin Peaks” and Carly Rae Jepsen in the newspaper.

But also, to get this far, I listened to so much music along the way. I want to reminisce on the songs I’ll always associate with my college experience and that kept me inspired over the years.

When I moved from my hometown to start college as a freshman, I was far from my family, I was scared to make new friends and, worst of all, One Direction broke up. Listening to the boys’ last album, “Made in the A.M.,” and watching their old interviews online kept me company in that lonely first year.

The current, pro-Trump era of Kanye West is even sadder to me when I think about all the great memories I’ve attached to his music. My dorm-mates and I huddling around a laptop to watch him unveil “The Life of Pablo” at Madison Square Garden remains one of my favorite music moments ever.

By the end of my sophomore year, I had put in a year and a half’s worth of work at The Daily Aztec and had landed a major internship. For the first time I was accomplishing things on my own, and I was proud of that.

In 2016 and 2017, I was doing a lot of driving across California, between my hometown in Sacramento, school in San Diego and my internships in Los Angeles. “Minnesota” was a staple on my driving playlists — that piano riff still makes me think of trudging along I-5.

Junior year felt like a turning point — I had finally surrounded myself with a solid group of friends, I was getting serious about the direction of my career and I was done compromising myself. The joy Taylor Swift felt in finding someone who “must like me for me” resonated with me.

By senior year, my friends and I were tired of hearing the same songs at every house party. So to switch it up, we made it a challenge to hijack the aux cord wherever we went and play this outrageous Charli XCX song. Those thumping synths and Charli snarling “let’s ride” will always take me back to those nights.

Dixie Chicks, “The Long Way Around”

As I’ve neared the end of my college career, I’ve revisited songs from my youth. My mom used to play the Dixie Chicks’ 2004 record “Taking the Long Way” in the car constantly, and in returning to that album I see a lot of myself in the opening track.

One lesson I’ve learned in college is I can’t let people define my successes —  one person’s version of success is bound to be different than mine. Sometimes I prefer taking the long way around, but it still got me here, and I’m grateful.