The Daily Aztec • May 8, 2019 • https://thedailyaztec.com/94708/el-alma/opinion-universities-need-to-hold-student-abusers-accountable/ 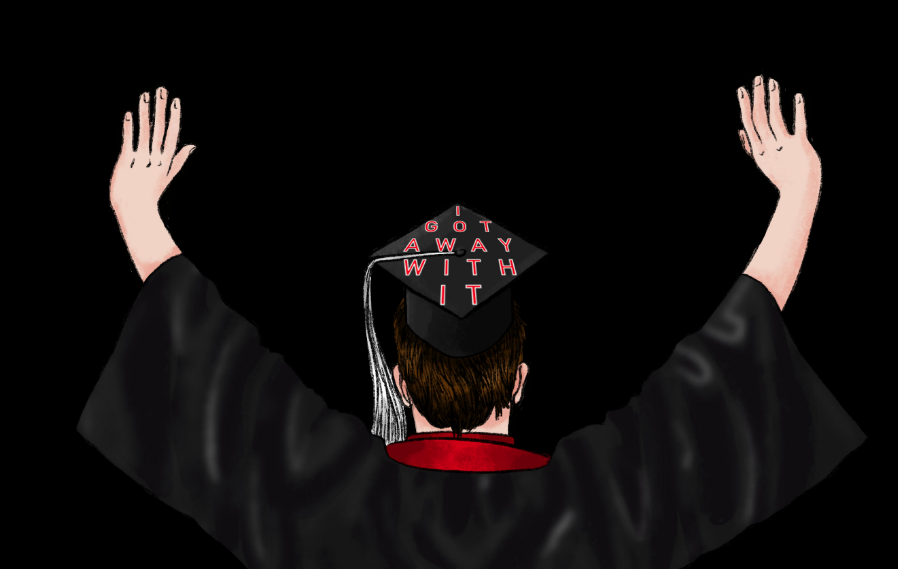 Universities need to do better. Hold students accountable for their crimes.

In 1991, Kurt Cobain said, “The problem with groups who deal with rape is that they try to educate women about how to defend themselves. What really needs to be done is teaching men not to rape. Go to the source and start there.”

Unfortunately, this still rings true almost 30 years later. People continue to condemn women for being promiscuous, wearing provocative clothing or drinking too much rather than teaching men that women are not objects for the taking. When women say they’ve been sexually assaulted, they are too often asked, “How much did you have to drink?” or “What were you wearing?” The college atmosphere perpetuates these notions and continues to make women feel responsible for what is done to them.

The statistics are shocking, with 20 to 25% of college women being victims of rape during their time in college. One would hope that colleges would try to make the consequences for sexual assault more severe, and while they’ve been making steps in the right direction, their efforts are not enough.

According to a survey conducted in 2015, 15% of students at San Diego State reported unwanted sexual contact or violence, 19% of those being women. Only about 33% of students participated in the survey.

It would be unfair to say Greek life plays no role in perpetuating the issue of sexual assault on college campuses. According to KPBS, two studies in 2007 and 2009 published in the NASPA Journal suggest that fraternity members are more likely than non-fraternity members to commit rape. One of those studies found that women in sororities are 74% more likely to experience rape than other college women.

The self-imposed moratorium was a simple slap on the wrist for the fraternities. Students claimed to have been sexually assaulted at the organizations’ parties and all the fraternities got was a ban on parties and social events for the semester. A ban that wasn’t even imposed by the university. The university should have found the men responsible for the alleged assaults and handled the cases individually. Clumping all of the fraternities – some of which weren’t even involved in the sexual assault allegations and alcohol violations – under one punishment is useless.

The people responsible need to be held accountable. The university should have done better. There’s no saying that sexual assaults at fraternities won’t happen again at SDSU.

Tina Tchen, former executive director of the White House council on Women and Girls under President Obama, discussed the issue of sexual violence on college campuses, according to the American Bar Association. Tchen said it is going to take time for colleges to improve the way they deal with sexual assault cases and called sexual assault “an epidemic” on college campuses. Tchen worries the Trump administration will hinder progress on the issue.

In some cases, the punishment the attackers get is as minor as suspension.

Another case in 2013 proved universities don’t just give offenders a minor punishment, but they can also end up vindicating them. Columbia student Emma Sulkowiczb claimed fellow student Paul Nungesser raped her. Three other women came forward saying Nungesser sexually assaulted them as well. Columbia found Nungesser not guilty and police declined to pursue charges against him. Not only did Columbia find him innocent, but they also issued a statement saying they understand, “Paul’s remaining time at Columbia became very difficult for him and not what Columbia would want any of its students to experience.”

It’s a classic case of not believing the victim – and even worse, victimizing the defendant. Taking away the right of the woman to claim what happened to her was not what she wanted. Taking away her right to have her voice heard.

That’s not to say that men aren’t victims of sexual assault on college campuses as well. Kurt Cobain’s quote fails to include the experiences of men in this narrative.

According to the National Sexual Violence Resource Center, 15% of college men are victims of forced sex during their time in college. But, a lot of men feel ashamed to report they were sexually assaulted. Reporting rates for male victims are even lower than the already-low rates for females and the biggest reason for not reporting male sexual assault is the fear of being perceived as homosexual. The U.S. Department of Justice recorded more than 12,000 reports of sexual assault of males annually. The department predicts this number would actually be about 60,000 if unreported assaults were included. According to the NSVRC, more than 90% of sexual assault victims on college campuses do not report the incident.

After reading about how universities handle sexual assault on their campuses, this statistic is not surprising. Universities have a duty to protect their students from any form of violence, especially sexual assault, and they haven’t met the standards necessary to do so. People continue to be victims, and universities continue to perpetuate the notion that victims are responsible for the crimes committed against them. This is obvious when looking at the punishments, or lack thereof, universities give to the perpetrators.

If university officials don’t hold students accountable, there’s no reason for the offenders to stop. As Kurt Cobain said, “Go to the source and start there.” Universities need to have in-depth investigations into sexual assault claims and make the punishment fit the crime.