The Daily Aztec • May 31, 2019 • https://thedailyaztec.com/94777/news/sdsu-mandates-full-meningitis-b-vaccine-for-new-students/ 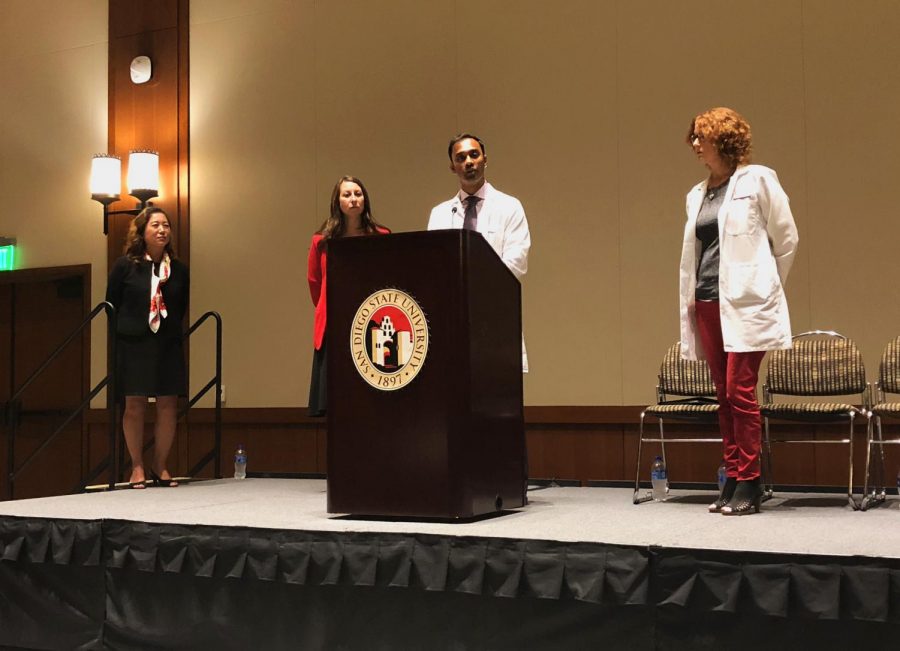 After San Diego State saw an outbreak of meningitis in September 2018, a new requirement for fall 2019 will force new and incoming students to receive the full meningococcal B vaccine series.

This change comes in addition to California State University Executive Order 803 that goes into effect for all campuses in fall 2020. Due to SDSU’s recent history with cases of meningococcal meningitis, the campus decided to implement the executive order a year early with the added menB requirement, which will not be mandated on other CSU campuses.

Prior to the new executive order, an SDSU press release said the measles, mumps and rubella (MMR) and hepatitis B (HepB) vaccines were the only two required immunizations. Now, all new, incoming students will be required to have the MMR and HepB vaccines as well as those for varicella (chickenpox), tetanus-diphtheria-pertussis (Tdap), meningococcal disease (Serogroups A, C,Y,W-135) and screening for tuberculosis (TB). Currently, SDSU is the only CSU campus who will require the menB vaccine.

The new requirements will not apply to students who have previously attended the university, only to new, incoming students. New students who are required to get vaccinated and who fail to present proof of their immunizations by the schedule adjustment deadline will have a registration hold placed on their account.

The university’s first health scare came early in the year when a case of the virus was confirmed following sorority rush events on the weekend of Sept. 1. By the end of September, San Diego County health officials had declared an outbreak of meningococcal meningitis after three confirmed cases from the preceding months. This was followed by a push for students to get vaccinated with a series of campus vaccination clinics.

A fourth SDSU student was then hit with the virus in mid-April after another series of Greek life events.

Less than a month from now, Associate Vice President for Student Affairs Andrea Dooley said the university should have a clearer understanding of the state of meningococcal meningitis at SDSU once updated information about previous campus cases is released.

“We will continue to provide free menB vaccines based on availability within student health services,” Dooley said. “We actually will also, by the end of June, have a better understanding of our ongoing outbreak whether that will come to a close or still be in effect as we start the fall semester.”

Dooley said mandating the menB vaccine is the closest way of ensuring the virus will not make it back on campus.

“We’ve taken steps to vaccinate all students under the age of 23 this academic year as a result of the outbreak and while that has been important and helpful, really what’s a better long-term solution is to require the vaccine for all students,” Dooley said. “So, we’re doing that by starting with our incoming cohorts and requiring it for them effective in fall 2019. From there, we will, within four to six years, essentially have all students on campus vaccinated.”

Undergraduate students under the age of 23 are encouraged to take the full menB vaccination series, even if they have previously attended SDSU. According to the press release, nearly 9,000 students have already been vaccinated against meningococcal serogroup B.