Lolita’s to open at South Campus Plaza this fall 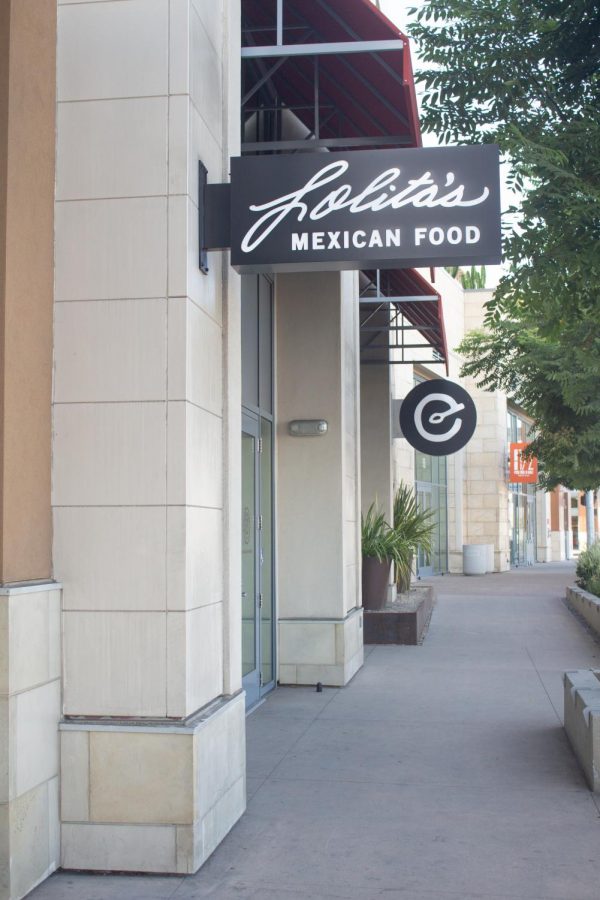 Trujillo’s Taco Shop and Señor Pancho’s have new competition on the east side of campus.

The new location will sit on the corner of College Avenue and Montezuma Road, just across from the two other popular SDSU burrito spots. But, according to SDSU Dining, Lolita’s will be the first of the three to be offered on the meal plan.

Lolita’s has deep roots in the San Diego community. It’s a family-owned and operated company that’s been in business for 35 years since it was founded in Chula Vista by Dolores “Lolita” Farfan, according to their website.

“What we’re all about is quality,” Dolores Jackson, President of Lolita’s restaurants, said. “Our food is made from scratch every morning, our recipes are the founder’s recipes and we stay true to what we believe in and that’s a quality product.”

The SDSU location will be set up the same as all Lolita’s restaurants, Jackson said. Customers may order from the counter and staff will bring the food to their table.

Lolita’s menu features breakfast items such as Machaca burritos and Menudo. It also serves lunch and dinner items such as tacos, chimichangas and other plates.

Jackson said the location even added a new salad to the menu to appease more “health-conscious eaters.”

“Our top-sellers do well at all our locations and that’s going to be your carne asada fries and California burrito,” Jackson said.

Lolita’s will be the first restaurant to occupy it’s new space in South Campus Plaza.

“We got in there, it was just dirt,” Jackson said. “We have been under construction for quite some time now, so we’re looking forward to opening up soon.”

Lolita’s Mexican Food opened their SDSU location to the public on Aug. 30, while their grand opening will be at 9 a.m. on Sept. 3. According to the SDSU Dining website, their hours are 8 a.m. to 10 p.m. daily.

A previous version of this story incorrectly started the opening date. The Daily Aztec regrets this error.