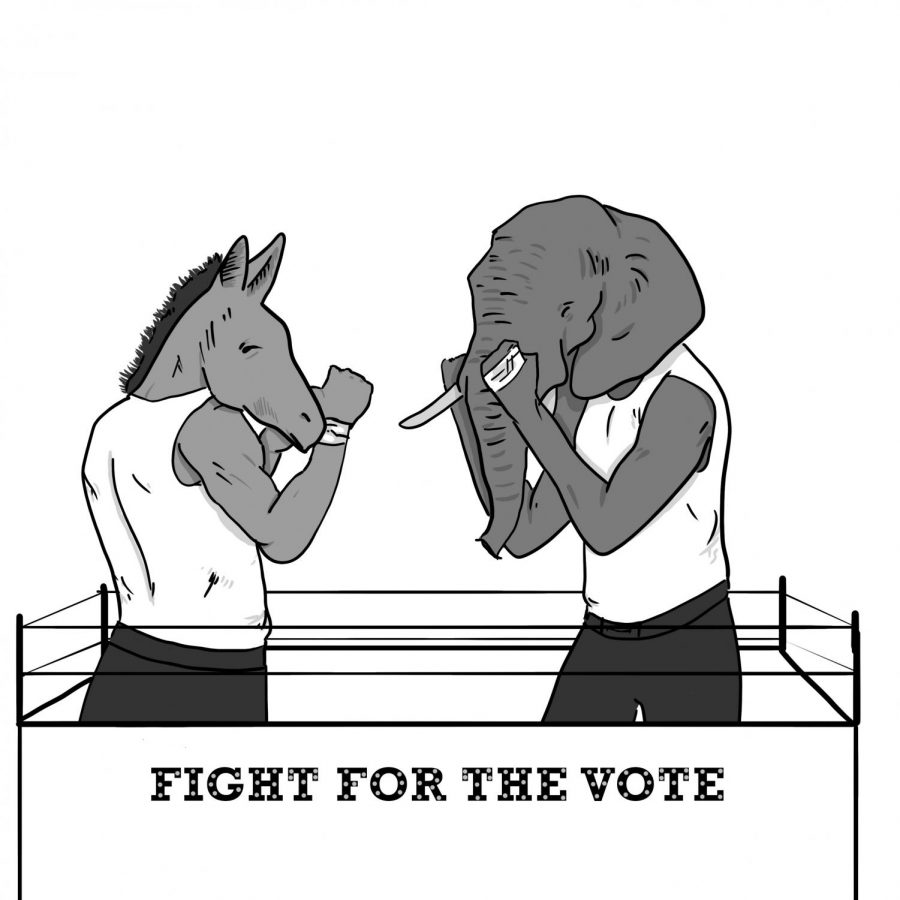 It’s never just an opinion. It is a flat out, iron-fisted, fight-to-the death decree of stubbornness by the infallible orders of the left and the right. Politics are a circus and our “democracy” is in rough shape.

Let’s think back for a minute to when we were kids in the sandbox. If Jimmy stole your Yasmin Bratz doll, well, first you punched Jimmy in the face. But, then you diplomatically told him how you understood why he wanted to play with Yasmin, but you felt theft was not the answer — he could use his words instead. All was resolved, and today you and Jimmy are happily married with two kids and one on the way.

Sandbox politics are not fail proof, but our government could probably learn a thing or two from this example.

The topic of politics is no longer a discussion over a rib-eye and a glass of Cabernet. Conversation of politics is reserved for when you really want to rile some feathers.

Bipartisanship has gone too far in both directions and it’s halting political progress. If one’s political convictions are too incendiary a topic to broach in casual conversation, how is a government expected to productively broach those very topics in a truly democratic way?

Political parties are so starkly opposed in social and economic standing, and so unwilling to budge in regards to both that it’s ludicrous to believe, at this point, in any form of an effective democratic process.

The entire goal of a democracy is to create a government for the people by the people. Keep in mind that the word “people” is in the plural form — a democracy does not bow to one person’s wants and needs. A thriving democracy relies on compromise, open forum discussion and the willingness to embrace change.

A failing democracy is exhibited by our current state of affairs.

I believe in the positive power of politics. I believe that the United States is and can be a force to be reckoned with. But positive change is not going to happen if we keep acting like Jimmy in the sand box.

Narrow-mindedness and one-track ambitions have no place in politics.

Having an opinion is okay — this is mine — but having the emotional and mental maturity broad enough to accept only that opinion is entirely counterproductive. Yes, opinions are personal and often deeply rooted from years of experiences, but opinions are also emotional and and can be subject to clouded judgements.

This is not to say our opinions are invalid or not worth contemplating. However, sometimes it is best to remove ourselves from our emotions and opinions before we actually hear what somebody else is saying.

Let’s try listening to each other. Welcome a conversation with an opposite-minded individual, engage in a friendly and educated debate.

Talk. Learn. Be a democracy.

We could really use that right now.