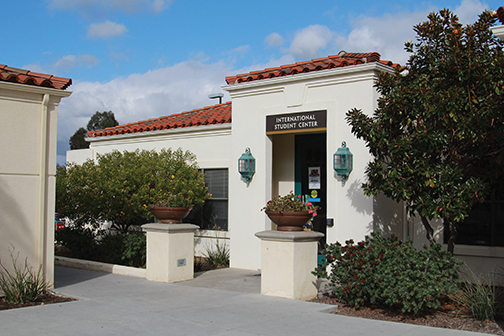 Seven San Diego State students were awarded the Gilman International Scholarship, enabling them to pursue their ambitions of studying abroad during the 2019-20 academic year.

The scholarship is dedicated to helping students who qualify for financial aid, specifically recipients of the Pell Grant. “It is a heavy weight national scholarship in the United States because it is so widely targeted across the country,” Study Abroad Administrator and Campus Gilman Scholarship Coordinator Ryan McLemore said.

The Gilman Program specifically focuses on students who intend to travel to underrepresented countries and study critical-need languages in order to promote national security in the United States, encourage economic competitiveness and spread cultural awareness.

The program’s website shows 47% of Gilman Scholars are first generation students. Of these students, 44% study in Europe, 26% in Asia, 14% in Latin America and 4% in Africa.

McLemore said this is a beneficial opportunity that heavily impacts students.

“This is a valuable opportunity that will differentiate them from the wider student body, so when they graduate they’re able to point to one experience that really gave them additional skills, experiences, cross-cultural knowledge, cross-cultural communication and abilities that are going to assist them in the marketplace, in their profession and in their academic endeavors,” McLemore said.

The Gilman scholarship has already eased the financial burden of studying abroad for some SDSU students.

One previous Gilman awardee, psychology graduate student Maria A. Acevedo said she didn’t know how she would be able to afford her study abroad internship in Spain after being rejected from several scholarships.

When Acevedo received notice of her Gilman Scholarship award, she alerted her family immediately through her family group chat. Acedvedo said her mother was incredibly overjoyed for her accomplishment.

“It was really really empowering in a way like I felt really grateful about just getting the scholarship and emotional as well,” Acedevo said.

Spanish fifth-year and previous Gilman scholarship awardee David Melendrez said he had to leave the room when he found out he received the scholarship.

“I read the email maybe ten times,” Melendrez said. “The first thing I did was called my parents.”

During his presentation at the Gilman Scholarship informational meeting, Melendrez said his experience studying in Mexico was life changing even though he was forced to step outside his comfort zone.

The Gilman Program has been dedicated to spreading awareness about studying abroad and providing financial benefits to those interested in exploring the world since 2001. SDSU is currently ranked fifth in the nation for its study abroad programs, according to the Institute of International Education.

“Whether it is a short program or a longer program, there is the support here in the financial aid office and I think that’s a big reason why San Diego State is such a leader in international programs and in Study Abroad, number five now in the country in the number of students who have sought out,” McLemore said.

McLemore encourages students interested in applying for the Gilman International Scholarship to take action now and begin their journey to study abroad. Applications are open for students who are hoping to study abroad between December 2019 and October 2020.