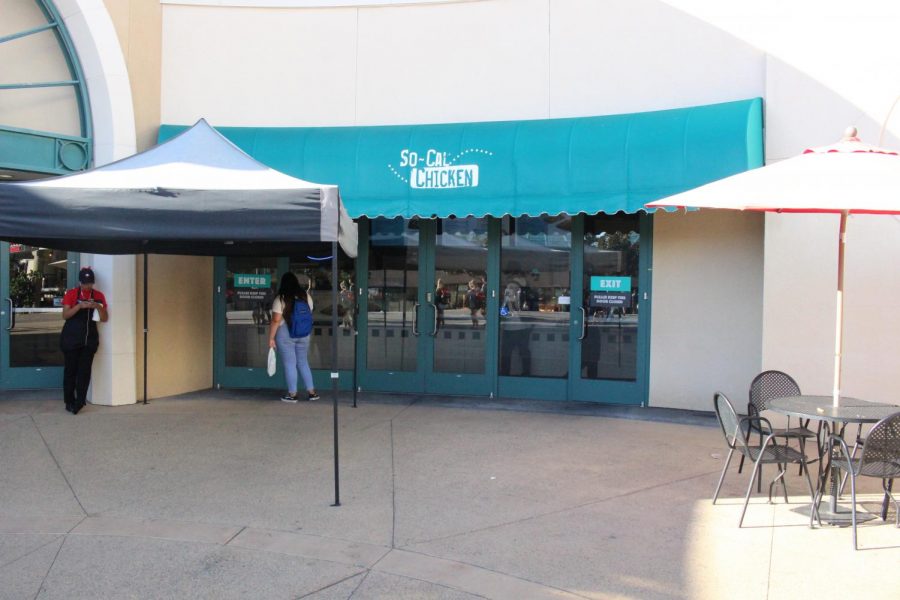 So-Cal Chicken has decreased their portion sizes and increased prices since the last semester.

After updating menus to show nutritional information, the focus of the restaurant’s higher-ups was directed to ensuring students were provided with healthier options.

“I wanted to focus a lot on nutritional value, which is why we reduced the portions of some of the items,” General Manager of So-Cal Chicken Jeanne DeSantis said.

There were also some price increases in various menu items.

“We based our prices on a percentage increase … it was based on our cost to make each item, so everything was increased a little bit differently and some things were not,” said DeSantis.

Price increases were based on multiple factors, according to Director of Dining Paul Melchoir. Things such as minimum wage increases and payroll costs are all contributors.

“We used to increase prices if needed every semester but Residential Life asked us to increase once a year so that the residents get used to their patterns of spending and budgeting and they don’t all of the sudden have to change that in January,” Melchoir said.

Along with the restaurant’s changes to price and portion size, So-Cal Chicken has added new menu items including multiple vegan and vegetarian options.

“It kind of sucks that you don’t get as much food for your money, but it’s probably for the best,” Mera said. “They used to give huge portion sizes so this may help people be a bit healthier.”

Management information systems senior Mitchell Meyer said the increase in price and decrease in portion size of his regular order has caused him to look elsewhere for campus food options.

“I’ve only been to SoCal Chicken twice this year,” said Meyer. “And I don’t see that number getting any higher.”

So-Cal Chicken does not foresee any more pricing changes for at least the next year.