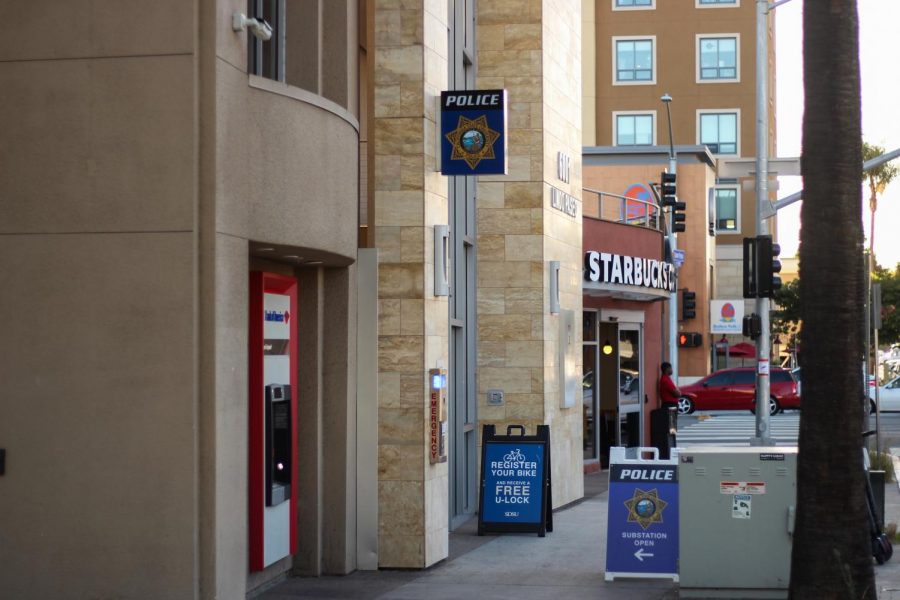 Some SDSU students have started to miss campus safety escorts in light of recent robberies near SDSU.

In light of the recent robberies near San Diego State, some students have started to miss the university’s discontinued safety escort program where students were able to request to be walked home by an officer.

The decision to discontinue the safety escorts was made in the Fall of 2017 in light of complaints at were sent to university police, according to the department’s spokeswoman Raquel Herriott.

“We had quite a few complaints regarding the safety escort system,” Herriott said. “Those concerns were that it was not efficient, that the escort system wouldn’t allow our community service officers or police officers to take them outside of university jurisdiction and that it was really  just not a type of service that some students wanted to use, given they wanted transportation not necessarily a walking escort.”

A task force assembled in Fall 2017 found a new way to provide safe travel for students around campus. This included expanding the Red and Black shuttle service, thus eliminating the need for safety escorts.

Despite the benefits of the Red and Black Shuttle program, some new residents living in University Towers said they wish the safety escort program was still available because of the locations of the recent robberies, the limited operation hours of the shuttle and a general lack of awareness of how the program works.

Public health freshman Ashley Pettit said she was surprised to learn the details of the robberies. Afterwards, she tried to arrange a safety escort when she felt nervous walking at night. That is, until she discovered the safety escort program had been scrapped altogether..

“At first, I was surprised because I found out (the robberies) happened during broad daylight, which is scary,” Pettit said. “Then after that, I got really freaked out, so I texted my mom and I told her to send me pepper spray and a rape whistle in the mail because I was scared.”

Pettit said she tried to request a safety escort to walk her back to her dorm, but discovered she was unable to do so.

“I was scared to walk back one time and I was like I wonder if I could use an escort,” Pettit said. “So I looked into it and found out they didn’t have it anymore.”

Sociology freshman Cate Oveson said she thinks that the Red and Black Shuttle is not very publicized, so most students aren’t aware of the resource.Oveson said she personally does not know anyone who uses it.

“I don’t know why, but I feel like no one ever really knows how (the Red and Black Shuttle) works because they don’t really publicize it that much,” Oveson said. “It feels like no one really knows what it is.”

Interdisciplinary Studies senior Katie Patterson said she started using the Red and Black Shuttle service  after she moved from the east side of campus to University Towers  this year.

“I always knew the Red and Black Shuttle existed, but I never really had a need for them,” Patterson said. “But now that I live in University Towers, I think it’s pretty cool to have it for convenience.”

However, she also wishes the campus escorts were still available.

“I think that there are unfortunately some places on campus that the Red and Black Shuttle can’t really serve because of the way the roads work on campus,” Patterson said. “I think trying to bring back the safety escort would be really beneficial, especially with all the scary and suspicious things are kind of been going on lately.”