Student made Mundo Azteca to fill void of hispanic coverage 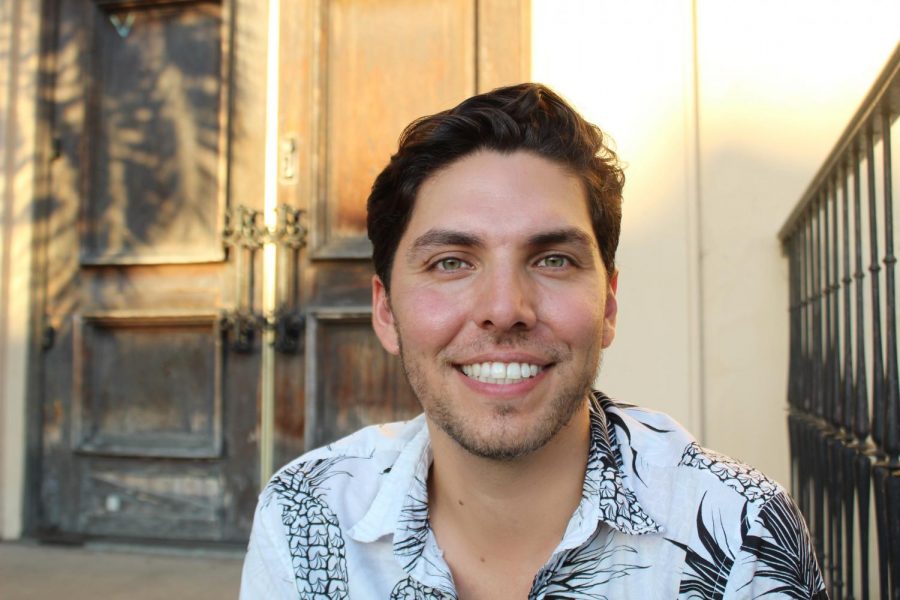 Arturo Garcia, founder of Mundo Azteca, wrote for The Daily Aztec for three-and-a-half years in English, but realized he was losing his Spanish because he wasn’t practicing it enough. This realization encouraged him to start a Spanish section.

“(In school) I was learning new things, new words, new vocabulary, but I wasn’t getting that education in Spanish,” Garcia said. “I wanted to pursue that and keep that part of myself alive with dignity.”

With the help of professors, students and outside recourses, Garcia made it possible for The Daily Aztec to have a section in Spanish to represent San Diego State’s Latinx community with stories about immigration, education and undocumented students.

“I saw the spark, I saw it was something that was needed and I see it today,” Garcia said. “It’s a very political statement and I think that’s why (Mundo Azteca) is still alive today.”

It was important for Garcia to have the Latinx community represented at the university because, at the time, three out of 10 students at SDSU were Latinx.

Garcia found support by going classroom to classroom, recruiting students who also wanted to write in Spanish. Although his team consisted of only five students, each writer was passionate in their desire to represent the Latinx community at SDSU.

“It’s impressive for me because I honestly didn’t think it was going to last beyond my graduation because people told me that my project would die,” Garcia said.

Amy Schmitz Weiss, associate professor in the School of Journalism and Media Studies, was one of Garcia’s main support systems. She encouraged Garcia to meet with students and faculty members to build his network.

“I thought it was fantastic when he brought up the idea because I think it really represents what SDSU is in terms of the student population and the communities surrounding San Diego State, so it seemed like a natural progression for The Daily Aztec to have,” Schmitz Weiss said.

Ramona Perez, director of Latin American Studies, also a major supporter of Arturo’s project, felt it was about time that The Daily Aztec had a Spanish section. This is not just because SDSU is a Hispanic-serving institution, but because there is a significant amount of students who are bilingual on campus.

“Arturo was one of those students who had this vision, this passion, he just needed somebody to look at him and say ‘You are absolutely right go run with it and let me know what you need,’” Perez said. “He did it all, it was his vision, it was his hard work and it was his dedication.”

Throughout his journey after graduation, Garcia began to seek justice in the community, slowly realizing he was transitioning from being a journalist to an advocate. Right after college, he began working for public relations firms that work for nonprofits and social justice organizations.

It was important for Garcia to find “his people” because he wants to be connected with the organization he is working with.

Garcia found this connection with his current job at the Museum of Photographic Arts.

He felt closest to Mundo Azteca when he worked at a public relations agency, Mixte, that works with nonprofits and social justice organizations. He felt the two were similar because he realized there was a language barrier in the industry.

“I was using my Spanish a lot calling up reporters or writing pitches,” Garcia said. “(I) realized there was a gap in the industry because not all the info was being shared if it wasn’t in the accessible language.”

His time at Mixte gave him an opportunity to understand how he could use his identity to be more of an educator and how to be more solution-oriented.

Garcia advises students who have personal goals, to just do it and to start anywhere you can, even if it’s something small.

“Find your community by first finding yourself and identifying the causes that make you passionate,” Garcia said. “(Find those that) have the same passion or are bothered by the same thing. Don’t be scared in voicing (your passion) out.