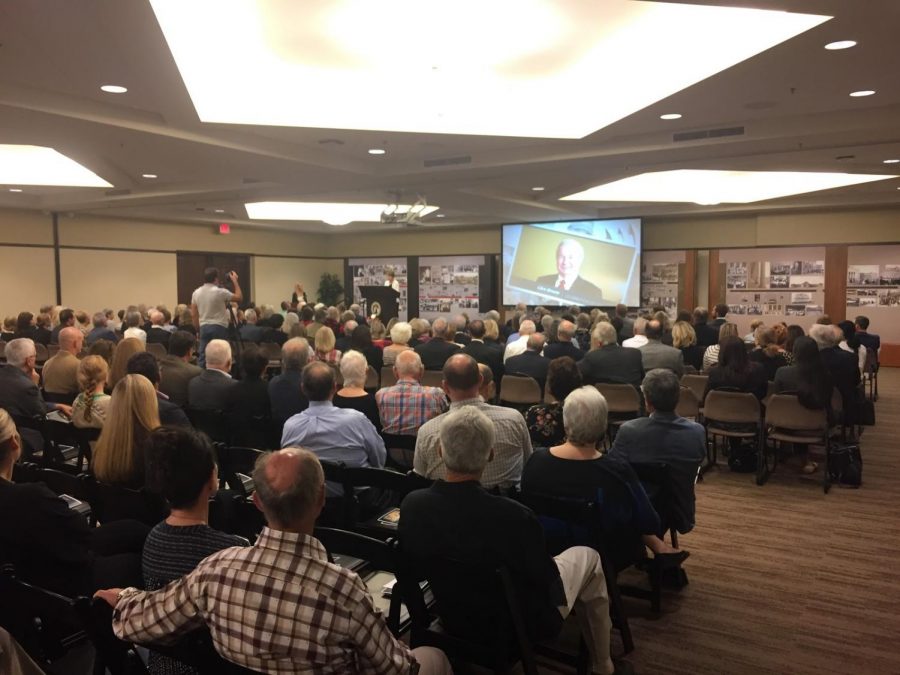 San Diego State recently held a celebration of life event in honor of former faculty member Glen Broom, who died of a heart attack on Aug. 8.

Broom was a public relations professor in SDSU’s School of Journalism and Media Studies, and author of the tenth edition of “Cutlip and Center’s Effective Public Relations.” During the memorial, several friends and family members of Dr. Broom spoke about not only achievements in his professional career, but his personal character.

“All the years my husband and I lived in San Diego, Glen and Betty lived three doors down,” Marlin said. “The sidewalk between our homes was frequently tread doing neighborly tasks with one another, but more frequently by getting together for dinners with lots of wine and lots of laughter.”

Gordon Broom, Glen Broom’s brother, shared stories of their childhood and attesting to Glen’s curiosity and enthusiasm. He said his brother had, “a zest for life and enthusiasm that has left a lasting impression on us.”

Broom said his brother touched multiple lives in both his professional career and personal life.

“It is beyond words the comfort it gives us to know how respected he was,” Bloom said.

“I will always remember him for his unquenchable thirst for adventure, his limitless capacity for storytelling, and his impossibly immaculate mustache,” he said.

“I remember how proud he was of each and every one of his students,” Correia-Moreno said. “He would beam with pride when any of his students would advance to a leadership position, and he was usually the first person calling to congratulate them.”

The closing speaker was Glen’s wife, Dr. Betty Broom. She asked that in lieu of gifts or flowers, well-wishers donate to the Glen M. Broom Center for Professional Development in Public Relations Endowment.

This endowment fund committed over $50,000 to help establish the Broom Center, and continues to help support students pursuing a career in public relations. The Broom Center was established by Glen in 2012 and based at SDSU.

A previous version of this story misattributed a quote that was actually said by Mary Correia-Moreno. The Daily Aztec regrets this error.