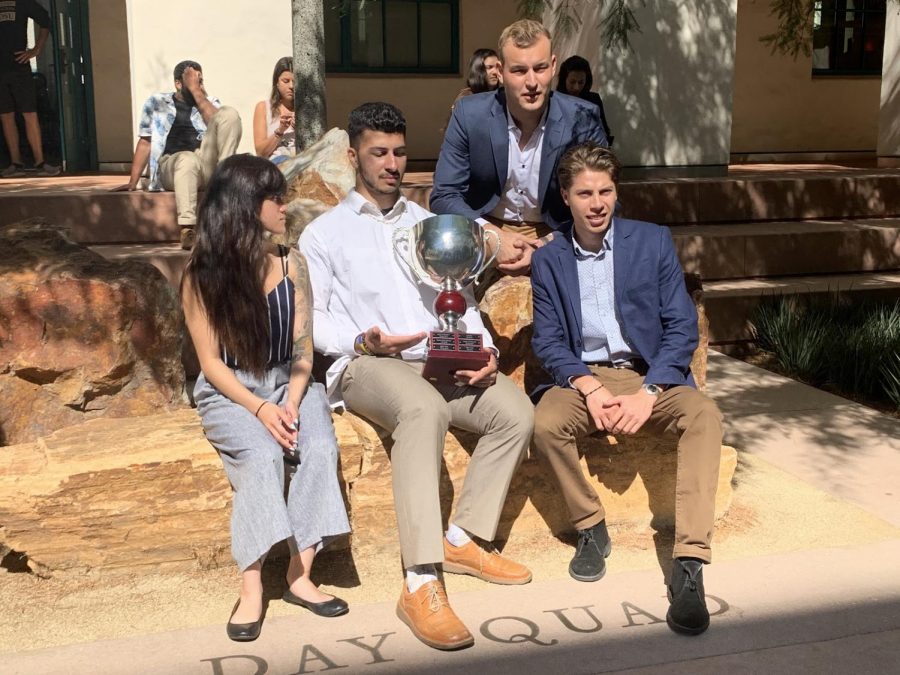 The winning team, “TechFresh,” took home a trophy and $500 dollars in the Lavin VentureStart Competition.

San Diego State’s student-entrepreneurs went toe-to-toe and put their business ideas and pitches to the test at the finals for the Lavin VentureStart Competition on Oct. 16.

Each team had seven minutes to share their business ideas before three judges, all SDSU graduates and now successful entrepreneurs, had five minutes to ask each team questions after their pitch.

Four teams competed to build a real company and solve an industry problem.

TechFresh, a four person team, was named the fall 2019 winner.

“As far as their presentation, set up, business model was well established and they seemed to research more than some of the other teams and they addressed every area,” Vice President of Technology at Power Digital Marketing and competition judge John Saunders said.

TechFresh proposed an app that offers technological help to seniors, which would include assistance with printing, downloading a file or anything technology related. According to the team members, 77% of seniors need solutions for tech shortcomings.

The TechFresh team said they also want to build a platform that connects seniors with college students who fully understand tech.

The student employees would be paid $20 dollars an hour to answer questions from seniors about technology, if the company can come into fruition. Senior citizens would be able to get help through their app and, in some cases, the employee could come to the customer’s home to offer in-home tech support.

“We’re using the winnings as our testing faze,” Benjamin Shapiro, a TechFresh team member and business junior said. “We’re reaching out to retirement homes, senior citizens organizations and asking them what they need so we can launch a prototype.”

Runner-up, BabyBox claimed parents spend too much money on infant clothing. The company would send 10 outfits to the subscriber for a cost of $45 dollars per month.

All the clothes would be recycled, meaning once the month ends, the subscriber packs up the 10 outfits, sends it back at no extra charge, then receives a new box. The clothes that get returned, cleaned, then sent out to the next subscriber.

“I was hoping to get first place, but I feel like TechFresh did a great job of presenting and they deserve the first place ranking, but second place is better than last place,” Victoriana Geonzalez, a BabyBox team member and business administration senior said. “We will get a prototype finished and start testing with groups of mothers.”

Third place was awarded to Genie, a company focused on senior isolation.

Their company proposed an app or software to help isolated seniors with daily tasks. A senior would log onto an app or webpage, then select what they need help with. It could be companionship, shopping, cooking or cleaning.

A college student would show up and help them with anything they’ve selected. The seniors would be charged $20 dollars an hour for these services.