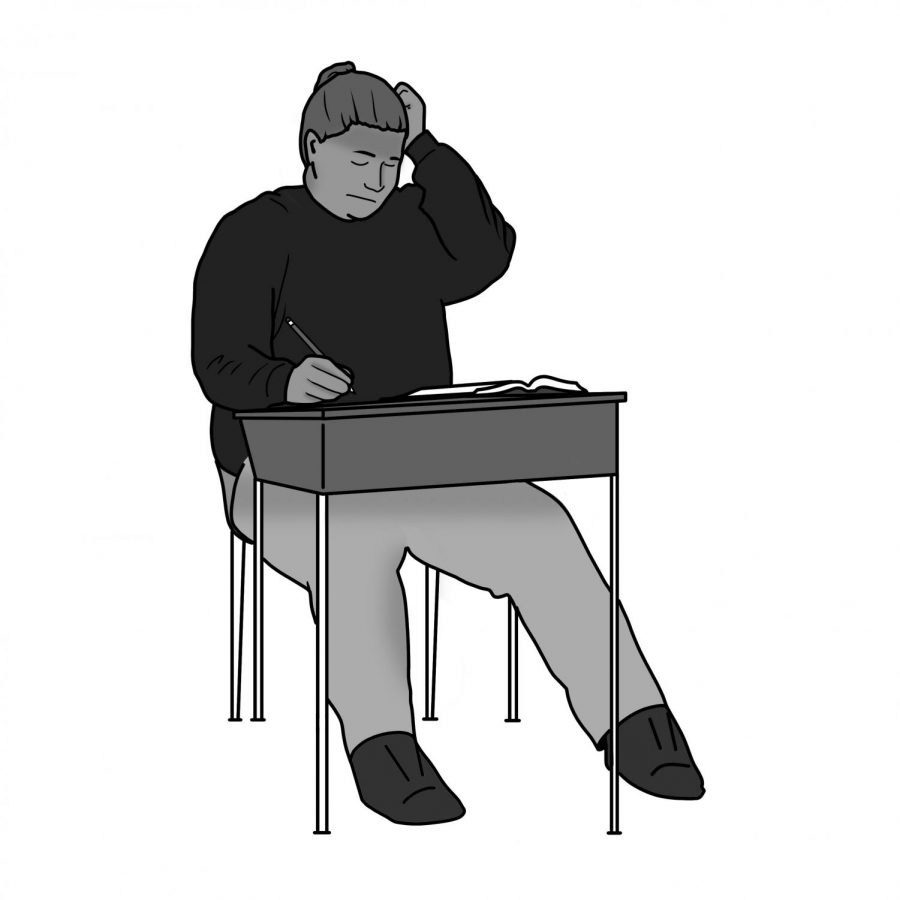 Tests have been designed as a way to test students’ knowledge and understanding of a subject after lecturers teach a set of modules.

But, what happens when a student isn’t a good test taker? Does a score diminish or determine a student’s abilities?

Think about a time you were getting ready to take a big test that either made or broke your grade in a class, or determined your acceptance into your dream university.

Anxiety and stress levels are sky high at these moments, creating pressure before and after the test is taken.

What happens when students don’t get the results they wished for because they scored poorly? This creates more anxiety and lowers a student’s self-esteem.

University of California officials are closely considering their focus on testing requirements, and determining if change is needed in testing demands we have long been familiar with.

The Scholastic Aptitude Test (SAT) and American College Testing (ACT) are standardized exams that have been used for decades to test academic readiness for college and the scores considered in the college admission process in the U.S. These are both now being observed by UC officials.

UC President Janet Napolitano wrote to Academic Senate Chair Shane White in July 2018 requesting the academic senate “examine the current use of standardized testing for UC admission; review the testing principles developed in 2002 and revised in 2010; and determine whether any changes in admission testing policies or practices are necessary to ensure that the University continues to use standardized tests in the appropriate way.”

Academic Council Chair Robert C. May accepted Napolitano’s request in Sept. 2018 on behalf of the academic council, then formed the Standardized Testing Task Force in fulfillment of the request. The task force includes UC professors in the fields of education, neuroscience, engineering, economics and one student representative.

The task force will evaluate whether the University and its students are best served by the current testing practices, a modification of the current practices, another testing approach as a whole or even no testing at all.

The overall goal is to develop recommendations for implementation in UC undergraduate admissions process.

It’s especially important that leaders of the panel consider how altering the test requirement will be beneficial to students who aren’t good test takers, but are still bright students.

Business marketing senior Georgia Martin said tests are not a reflection of what has been taught, but rather, a student’s memorization skills.

“Sometimes I memorize content even if don’t understand it because there’s no time to understand,” Martin said. ”Tests are designed in a way to pass a class which leads to a short-term memory.”

Professors and educators should ensure students have flexibility in the way they are tested by accommodating students’ needs, and not simply forcing them to memorize for the sake of a letter grade.

Perhaps more effective ways of testing students knowledge without implementing the traditional “testing” structure could be by allowing students to produce content that challenges their creativity, critical thinking, curiosity, motivation, leadership, courage and sense of wonder based off of the content learned.

Director of the Student Ability Success Center Pamela Starr believes there is not a single efficient method to measure all students’ knowledge on a subject.

“Each student has their own learning style, or combination of styles,” Starr said. “With this in mind, if a test were made up of different styles of measure, such as multiple choice, true and false, short answer essay, demonstration and oral dialogue, then the outcome would be a much stronger demonstration of mastery for most students than a test with one style of measure.”

Clearly there are so many factors that must be taken into consideration when assessing a student.

The way tests are structured today with simply true and false, multiple choice and rarely short answer essays, narrows our testing abilities to a great degree.

Aside from narrowing our testing abilities, tests can add unnecessary amount of stress, anxiety and other mental health issues, therefore contributing to an added pressure when taking a test.

Institutions should instead cut back on giving students unnecessary tests and encourage students to implement their creativity towards what has been taught and taken away.

If one of the nation’s largest and most prestigious public university systems decides to terminate or adjust its standardized testing requirement, the California State University system should join in re-evaluating its testing prerequisites.

If the task force decides to drop the SAT requirement, this will bring more equity to students who aren’t good test takers, thus allowing students to pursue their dreams without barriers.

Let’s hope our leaders make a decision that will benefit all students regardless of test taking ability.