Big corporations are to blame for climate change 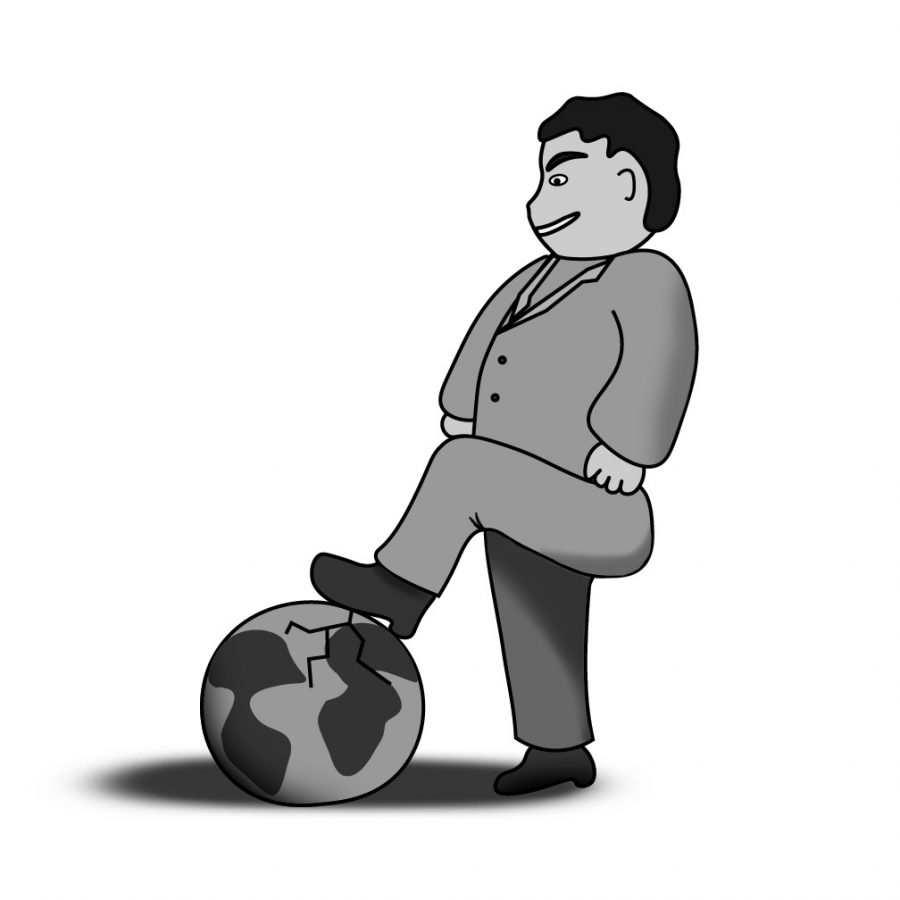 The ongoing dialogue surrounding the urgency of the looming threat of climate change has been successfully derailed into a conversation that places the primary responsibility for combating climate change on individuals and their lifestyle habits. Implicitly, this also bears with it blame on individuals and their lifestyle habits in the event that climate change isn’t reversed. Perhaps not as conspicuously as I’d like to think, corporations get off scot-free when it comes to mainstream social pressure.

From a young age, we’ve always been told to take shorter showers, turn the faucet off while brushing our teeth, bring our own reusable bags to the store and bike or take public transportation to school or the workplace. This messaging pervades and transcends media. It’s reinforced in schools, parroted in political campaigns and legislation and highlighted in corporate advertising.

The framing of this issue is nefarious and deliberate. While individuals upturn their whole lifestyle to limit their personal carbon footprints, just 100 companies are responsible for 71% of global carbon emissions since 1988, according to the Carbon Disclosure Project. While cities like London and Paris are pursuing initiatives to ban cars from their city centers, it only takes 15 oil tankers to match the pollution of every single car on Earth.

Only eight companies – all of them oil and gas suppliers – are responsible for 20% of anthropogenic carbon emissions since the onset of the Industrial Revolution. While these companies are profiting to the tune of billions of dollars, individuals and families bear the brunt of social pressure for the consequences. That is a serious problem. Why is this our first instinct as a society?

A solution frequently touted is to “vote with your dollars.” This is ineffective for several reasons. For one, it locks an individual’s capacity to influence climate change-inducing industries to their annual income or their consumption habits. Second, it’s often used as a sufficient alternative to actually voting.

These corporations are voting with their dollars every day. They engage in extensive lobbying of our elected officials and donate millions of dollars to PACs supporting the re-election of our congressmen. Thousands of jobs across the energy industry are effectively held hostage by the prospect that the fossil fuel industry could one day be replaced by one far more conducive to a clean Earth.

Voting with your dollars only works as large-scale collective action. As individuals, it accomplishes very little and guarantees your momentum remains scattered and atomized.

Governments have a duty to protect their citizens, and only governments can hold corporate pollution accountable for the damage it can inflict on a worldwide scale if left unchecked. While I have a personal aversion to state regulation of private entities, there are less intrusive ways to guiding companies in the right direction. One that’s growing in popularity is the idea of a carbon tax that’s redistributed equally across all Americans.

It works in two fashions. It incentivizes companies to more rapidly transition towards lower emissions, but it also empowers individuals to make environmentally sound consumption choices where they might not have had the financial ability to do so previously. Its revenue neutral, meaning it doesn’t increase our deficit and draw upon more debt.

Individuals have an important role to play when it comes to forcefully addressing climate change, but they should never bear the brunt of social pressure when they are not statistically responsible for ongoing climate change. Corporations like Saudi Aramco, Exxon-Mobil and even the ones that I’ve never heard of like RioTinto and Peabody are culpable. Some of these companies even have emissions that surpass multiple nations combined.

Let’s redirect blame away from friends and family and towards the actual culprits.

Oliver Krvaric is a senior studying international security and conflict resolutions and is president of SDSU College Republicans.